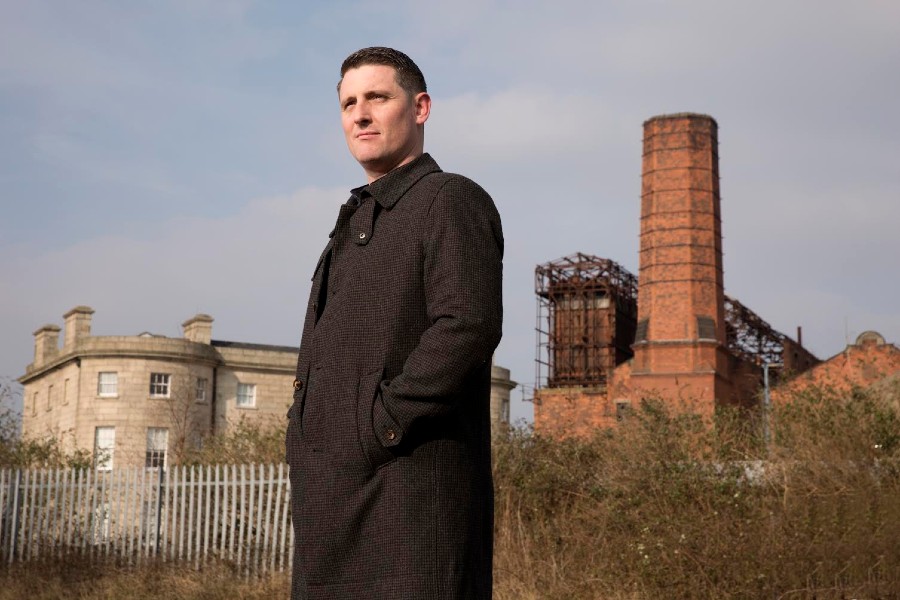 Steo Wall plays The Workmans Club on Thursday, September 10th at 8.30pm, following the release of his new single ‘My People’, out 4th September.

Not everybody has access to such collaborators as Luka Bloom, Damien Dempsey, and Davy Spillane on their debut album. But when you meet Steo Wall for the first time, you quickly understand why such legendary musicians wanted to join him on ‘Where I’m From’. A sound bloke, quick to laugh, with a rich Dublin accent and the wit to go with it, Steo mixes traditional Irish folk with some contemporary Irish rap and brings the listener on a journey from the badlands of Dublin’s working-class housing estates to the beauty of Ireland’s west coast. Growing up in Dublin gave Steo a grounding in rap, “Though I was more Toothpick then Tupac”, he jokes. But it also saw him lose friends and family members to prison and drugs. Steo left Dublin for Co. Clare in 2012 and started working as a fish smoker in Lisdoonvarna. He quickly immersed himself in the vibrant local music scene of North and West Clare which is where he met his partner and the mother of his two children, Fair City actor Jacinta Sheerin.

Even before he launched ‘Where I’m From’ in the summer of 2018, he had caught the attention of Damien Dempsey, who calls Steo’s work, “Irish soul music,” and quickly found himself out on the road with Dempsey as the opening act on a nationwide tour. Steo has also opened for Christy Dignam and Joe Jewell from Aslan as well as Declan O’Rourke and Mick Flannery. In October 2018 Steo was asked to perform as part of the RTÉ Radio1 inaugural folk awards in Vicar Street and in 2019 he was asked to sing ‘Rainy Night’ in Soho as part of Ireland’s Favourite Folk Song airing on RTÉ TV. Since the launch of ‘Where I’m From’, Steo has headlined Doolin Folk Festival, K-fest, Feile NASC, and the RTÉ Simply Folk stage at the All Together Now Festival and continues to play theatres and venues across Ireland. When he is not out on the road performing Steo works as a music teacher for traveller men in Ennis and only paused when the Covid-19 shut down the music scene.

Speaking about his new track, Steo says: “’My People’ is a genuine folk song paying homage to all that have gone before me. These are a small few of the people who, not only carried the flame for travelling people, but also Irish folk music and culture. They inspired generations after them, me included. I don’t know if it comes across on the track, but my voice was trembling with emotion while recording this song. It genuinely felt like I was standing on the shoulders of giants.”