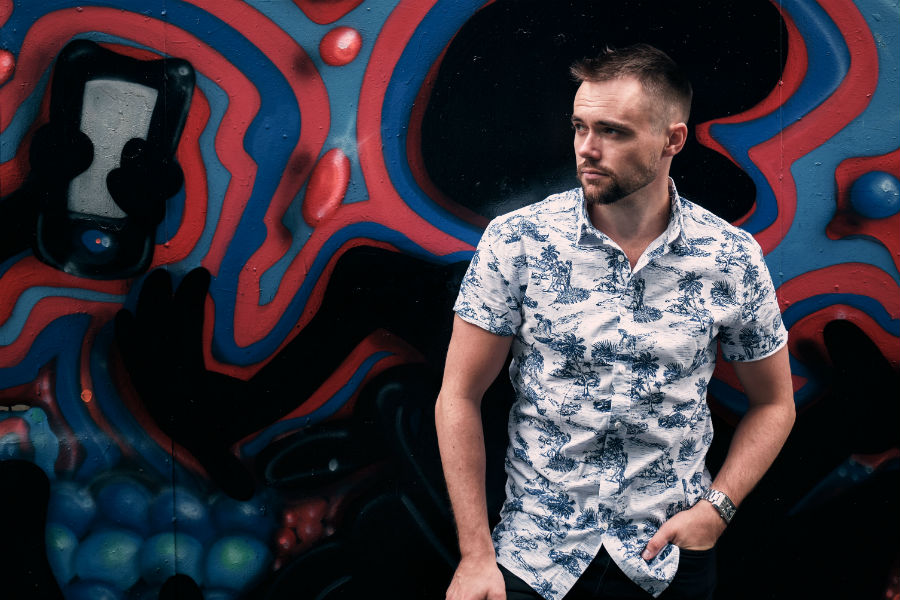 ‘Postcard From Queens’ is the first track to be released from Dublin native Stevie Cliff’s ‘Hazy Head’ EP.

Originally written over a summer spent living in the New York borough of Queens, the song is a nostalgic ode to the artist’s early twenties, serving as a musical postcard sent from past to present.

Lyrically ‘Postcard from Queens’ is a heartfelt offering which explores the fear of exposing flaws and vulnerability within relationships.

Cliff’s laidback vocals are contrasted nicely by gritty Grandmaster Flash, Bronx style hip-hop drums, warbling basslines, clean cut guitars and old school synths. The latter of which are a clear nod to the noticeable influence of French acts Phoenix and Air on the Dubliner’s sound.

When compared to 2017’s ‘Polaroids’ the lead track from the forthcoming 4 track EP definitely signals a shift to a more lo-fi sound with a noticeably more retro sonic palette.

Co-Produced by Cliff and Ciaran O’Shea (Cyclefly, Toy Soldier, The Frank & Walters) all tracks on the soon to be released ‘Hazy Head’ EP were mixed over 5 days in Berlin’s famous ARKTRAKTIV studio complex.

The 4 track EP ‘Hazy Head’ is available to stream and download through all good digital outlets now.