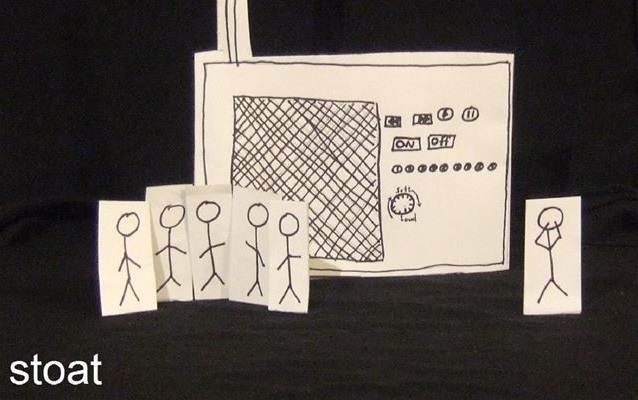 Following a long time out of the public eye, Stoat are back with a new single ‘Talk Radio Makes Me Feel Alone’, released 6th February ahead of upcoming album ‘Try Not to Think About it’ due later in the spring.

‘Talk Radio Makes Me Feel Alone’ is a high-energy, danceable tune over a stomping rant against talk radio. It’s got shades of Two Door Cinema Club and Metronomy, and the kind of comic bite like you might find in Scroobius Pip or even Sleaford Mods.

This is their first release since the single ‘Nobody in Heaven’ all the way back in 2007. Which was taken from their previous and first album, ‘Future Come and Get Me’. People said some nice things about that:

Despite the lack of releases, Stoat have been busy over the past decade, trying out new sounds and messing around in the usual musical backwaters that have always drawn them. Categorisation has always been a bit of a problem. Their back catalogue features instrumentals, straight up folk, punk, spoken word pieces, and a fair bit of guitar-based pop. The new album is a little more danceable, but similarly diverse. Lyrically, there is a common theme through much of it, and that’s trying to figure out the best way of being alive without being sad or angry.

They’re one of those bands who never really got anywhere, and never will. That moment of realisation, when you see that you’re not going to be rich and famous, that’s when you’re supposed to break up. They never did. Reality sucked all the ambition away, but not the itch to try for great tunes, or the fun, or the love.

‘We’re a band, not a brand’ says Cormac, who plays bass and did most of the heavy lifting on this recording. 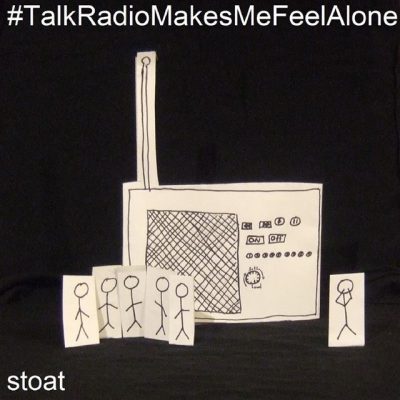