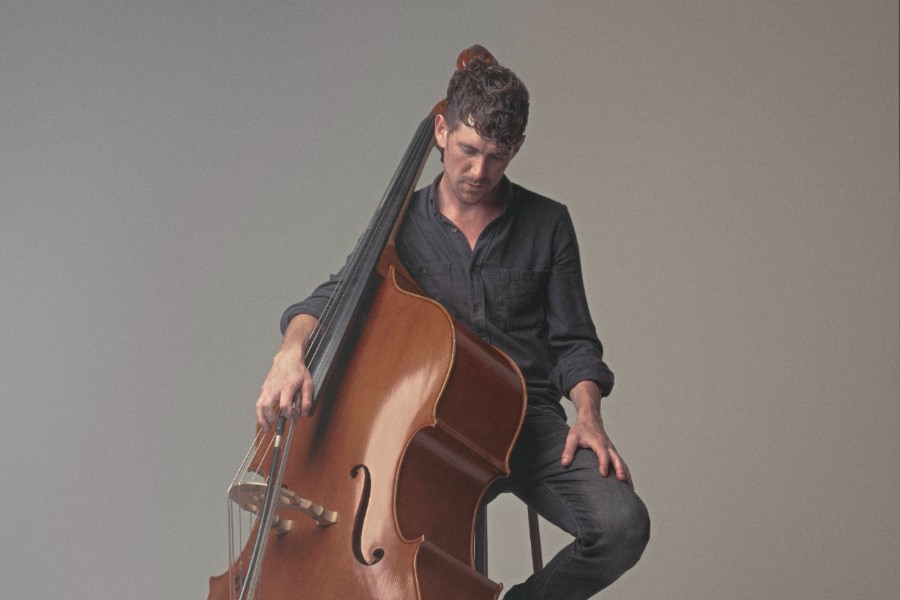 Caimin has extensively toured internationally as a Double Bassist. He worked as bassist and vocalist with Lisa Hannigan for her ‘At Swim’ album tour, and plays regularly with Crash Ensemble, Stargaze, the RTE Concert and Symphony Orchestra’s and Ulster Orchestra.

Before Covid-19, he was scheduled to tour a new project with Damon Albarn (Blur, Gorillaz) in May/June throughout Europe and a new song cycle by Daníel Bjarnason with Crash Ensemble in April. As a result of this cancelled work, he focused his attention on the release of his first solo Double Bass record, ’String Ogham Live’. The live recordings are accompanied by videos from the recording session, and include composer interviews by Kate Ellis (Artistic Director Crash Ensemble), Billy (aged 5), and his pal Ben (aged 12).

<3 by composer Sam Perkin, written for two Double Basses and Tape, consists of the unrestrained joy of children giggling – made in to music; ‘Seancheann’ by composer Linda Buckley, written for Double Bass and Tape, explores a gentle side to the double bass, and envelops the listener in immersive sound; ‘Blackberry’ by composer Benedict Schlepper-Connolly, written for Double Bass and Resonator, softly reshapes and refracts a melody as it steadily echoes itself; and ‘Arris’ by composer Nick Roth, written for solo Double Bass, explores the Irish Ogham script, intersecting with painter John Noel Smith’s concept of ogham as ‘visual rhythm’, and informed by the work of Dr. Nora White, principal investigator of the Ogham in 3D project at the Dublin Institute of Advanced Studies (DIAS).

Following the live recording and filming of ‘String Ogham Live’, Caimin sought the help of Billy (aged 5) and his pal Ben (aged 12) to interview the composers via online video conferencing, to have a bit of fun, ask them about their pieces and play the trumpet. The duo conducted interviews with help from Kate Ellis, Artistic Director of Crash Ensemble, Ireland’s Foremost Contemporary Music Ensemble. The videos were premiered throughout the month of June and hosted through the social media pages of performing groups, promoters and labels Caimin works with (Ulster Orchestra, RTÉ Concert Orchestra, Crash Ensemble, Islander, Homebeat, Diatribe, Ergodos).

The EP and Videos are released as part of The Arts Council of Ireland’s Covid 19 Crisis Response Award to provide access for the public to new and original art during the period of COVID-19 isolation.

As part of The Arts Council/ An Chomhairle Ealaíon Covid 19 Crisis Response Award.