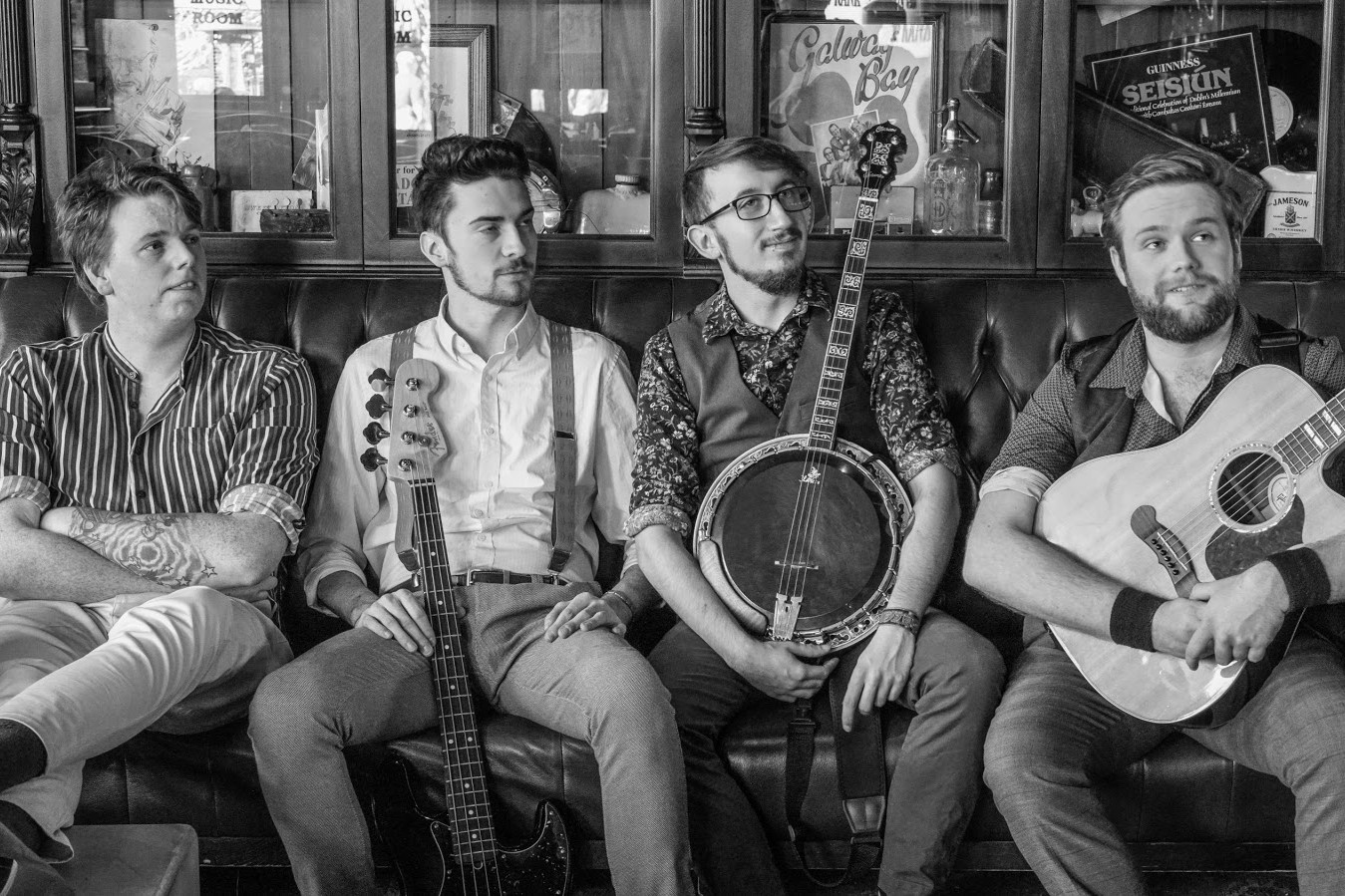 Irish neo-trad four-piece Strings & Things are set to release a new single, ‘Fuaim Gathering’ on October 9th. It is the second single off of their upcoming album, ‘The Unsolicited Dance’.

The set of tunes features excellent musicianship from the young trad performers. In Irish trad, it’s common to combine two or three different tunes together into one arrangement or set.

Layered banjo, guitar, and whistle open the first tune, playing a melody that meanders with purpose. A beat arrives below the ensemble that leads into an explosive second tune: wild, energetic, and fast paced. With banjo on the main melody and a driving rhythm section, the instruments work together to create a cacophony of sound in a tight groove. The end of the tune echoes the original melody, but played at a faster pace.

Banjo player Sean says, “The tunes were inspired by a music festival being organized by some friends of ours that was set to take pace in summer 2017. It was called Fuaim Gathering, and they spent months leading up to it preparing and building. On the morning of the festival, it was cancelled by authorities who cited the “Unsolicited Dance Act,” a law that regulates outdoor gatherings. To commemorate the festival that never was, I wrote these tunes.”

The first tune in the set is calm, dark and steady. The second tune is an explosion of energy, equally as dark, but faster and heavier. Sean says, “The first half is reflective of building up to the festival all summer, building up bit by bit in a forest, building anticipation, all the preparations. The second half is reminiscent of the morning-of cancellation, and the mayhem it left for days after.”

The single as well as the band’s upcoming album were written and recorded while the band was on a nine month residency as a house band at Raglan Road, an Irish entertainment bar in Disney World Orlando, Florida. It was recorded by bass player Eoin Salmon and mastered by Aidan Cunningham.

Based in Tipperary, Strings & Things meld genres of rock, folk, pop, and trad to create their unique sound. For the last three years they have been entertaining audiences around Ireland, the UK, and the US with energetic live performances, a huge repertoire of traditional music, and thoughtful, innovative original music. The band consists of James O’Meara Ryan (guitar & vocals), Eoin Shelly (percussion & vocals), Sean Mongey (banjo, mandolin, whistle & backing vocals), and Eoin Salmon (bass).