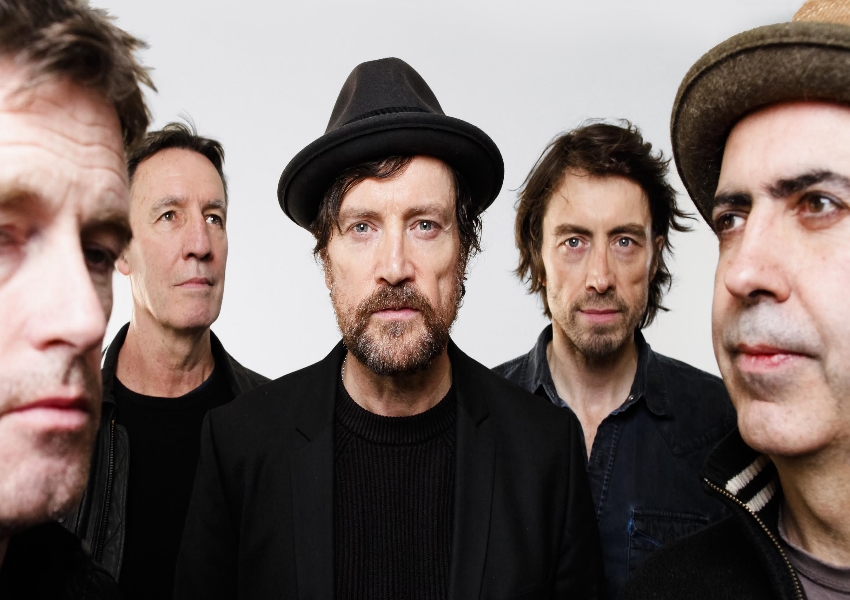 ‘Heads Are Gonna Roll’ is the latest single from this brilliantly-crafted, brand new album. This track and ‘Everything that Rises’ are both available as an immediate download with the album Pre-Order on iTunes and Amazon Music.

Amongst the band’s fans ‘Heads Are Gonna Roll’ is one of the most popular and enduring of all The Stunning’s tunes and also one of the band’s personal favourites. Originally released as a single in 1991, it reached number five in the charts and heralded a change in direction for the band musically. Unlike the diverse nature of the songs that made up their debut ‘Paradise in the Picturehouse’, ‘Heads’ sounded more of it’s time and even incorporated the ‘Manchester beat’ that was in sync with acts such as the Stone Roses, Happy Mondays, Soup Dragons etc.

Over the years the song has developed into a live tour de force. With an evocative trumpet motif and a rousing chorus “All these years I never asked why…” the band now play the song with an energy and passion that has evolved over countless gigs since the original recording.

The new recording captures this spirit and reflects the years of experience the individual band members have built up playing music with different artists as well as with The Stunning since the band resumed performing again from 2003. Recorded live in Grouse Lodge studios as part of the re-recorded ‘Twice Around the World’ sessions, it took only a few takes to capture the energy of the final version.

The song’s lyrics are just as relevant today. Steve sings about fighting back against the acceptance of “a world full of sorrow” and how man appears not to have learned lessons from history “Down through the ages we’re tearing the pages, while there’s more of the book still to write” He sings that you have to get up and act in order to effect change or before you know it, the things you value will be gone: “You don’t miss the water till the well runs dry and you’ve nothing left to show….so heads are gonna roll”

The Stunning launch the album on March 16th with a lunchtime appearance in Tower Records and a show at Dublin’s Olympia Theatre. A nationwide tour follows with more dates to be announced.

More dates to be announced