Sue Callaghan releases ‘Nothing Short of Everything’ album 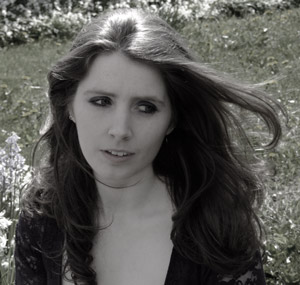 Sue Callaghan is a guitar / flute / piano player and singer songwriter based in Dublin.

Sue released her debut album as a solo artist in 2009. ‘Not In Love’ features acoustic guitars, lead and backing vocals, piano, drums, and electric guitar, and a string quartet. With this album Sue spent the next few years playing the songs at gigs / showcases / events around Dublin and Ireland as well as taking her album on tour around Europe.

2014 brings the release of Sue Callaghan’s second album, ‘Nothing Short of Everything’.

This album encompasses many of the same elements as the first; her acoustic guitar, vocals and lots of backing vocals.  Antonio García-Lopez and Péter Sebestyén perform the string quartet parts.  The Lebanese based rhythms of Fadi Hatoum on darbuka compliment the percussive guitar strums, as well as highlighting different flavours in the string parts.  This fusion-esque blend distinguishes the project from ‘Not In Love’.

The Hostages, as Sue’s backing band, are the varied and talented musicians that help her to bring the studio product to life inside and outside the studio.  She will launch ‘Nothing Short of Everything’ with the help of eleven Hostages at the Smock Alley Theatre on 28th June 2014.  Sue Callaghan will play the album in full with a live string quartet, backing singers, an acoustic percussion section, and acoustic guitars and bass.