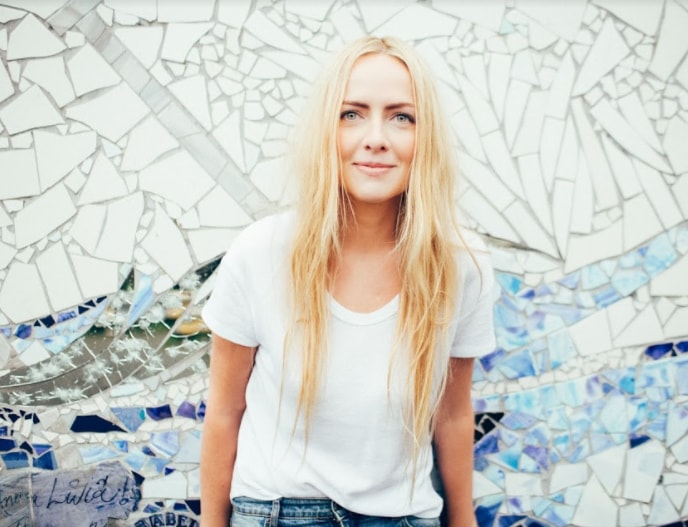 Recorded as a response to the Syrian refugee crisis, ‘Home’ is the debut release by Susie Q, otherwise known as Susan Quirke – a singer, songwriter, and musician originally from Co. Limerick.

Since launching in January 2018, the track has had extensive international airplay in the US, Canada, Japan, and Germany, and Susie Q has been featured on RTE Radio 1 and in Hotpress, the Sunday Independent and on the Irish Times Róisín Meets podcast. The video accompanying the song has had a huge response online:

Her forthcoming album, ‘Into the Sea’, will be released later this year and blends elements of indie rock with folkier ethereal and atmospheric songs written in California, Spanish Point in Clare and at her home near Bull island in Dublin.

The album has been recorded with Irish indie luminaries including ex Lír duo, Colm Quearney and Rob Malone, and members of Irish indie legends The Frames – Colm Mac Con Iomaire, Graham Hopkins, and Justin Carroll. It was mixed and mastered by Grammy award winner Dave Odlum.

Susie Q is also known for her work as a co-founder of the A Lust For Life mental health charity and she is also a meditation teacher. She has opened for the Dalai Lama and has performed at Body&Soul, Electric Picnic and other festivals.

Susie Q will play both these festivals during the summer and will also perform as part of the ‘I Heart The Cranberries’ Dolores O’Riordain tribute concert in Dolans, Limerick on July 5th.

Susie Q says she wrote the song in response to feeling disturbed by news reports of unaccompanied children who fled their homeland and ended up living on the streets or in refugee camps. “What’s going on in Syria and elsewhere is horrific and it’s important we speak out. ‘Home’ is a plea for peace and a reminder that whatever your race or religion, we are all one people, and together share this planet as our home. I think it’s important to remind ourselves of our shared humanity during these turbulent times. It can sometimes be easy to see each other as separate, but fundamentally we are all connected.”

“In many ways, today’s refugees across the world are not unlike those who fled the famine in Ireland on coffin ships in the 1800s. I think it’s important to remember that whatever our beliefs might be, most people in the world crave peace, safety, a home, an education, and decent lives for themselves and their children.”

“Susie Q has a voice that pulls you right in.. she is a gifted Irish artist and her new song Home is a powerful, beautiful and much-needed call to humanity that needs to be heard.” – Fiachna Ó Braonáin (RTÉ Radio 1 / Hothouse Flowers)