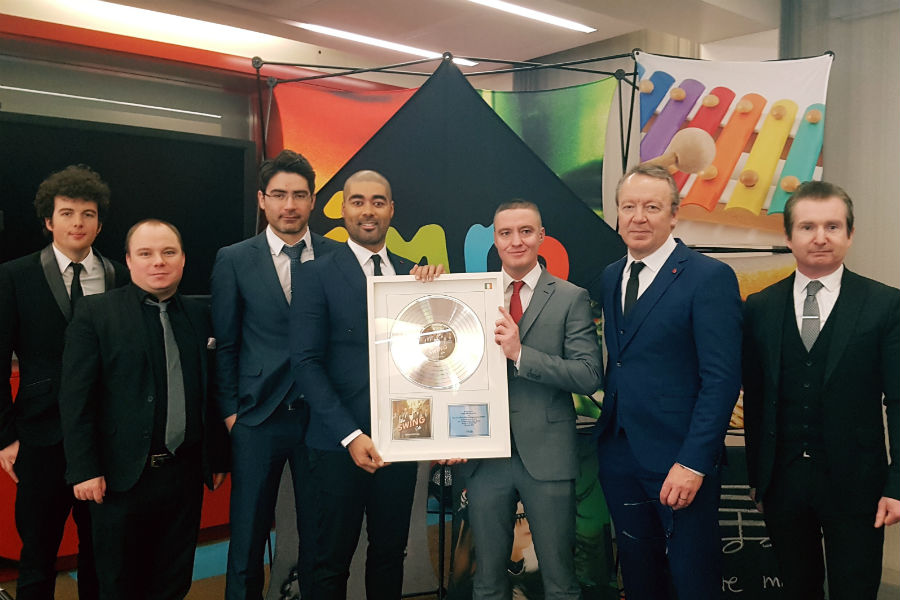 IMRO have presented The Swing Cats with an IMRO Award in recognition of their Independent number one album ‘Dance With Me’.

Drawing on the musical expressions of Luis Prima, The Ratpack and Luis Jordan, The Swing Cats blend a tastefully contemporary dynamic to the hits of the swing/dance era, one that is resonating with audiences nationwide.

Some of the highlights of this past year for Luke Thomas and his popular ensemble include invitations to Áras An Uachtarain, performances at celebrity weddings and sell out shows at The National Concert Hall and the Spiegeltent in Wexford.

In addition to reaching number 1 in the Independent Chart, the first single to be taken from the album, ‘Dance Like Nobody’s Watching’ has notched up more than 120,000 views.

The album going to No 1, is a genuine dream come through, and just acknowledgment to the band’s work over the last four years when, in addition to the band’s wedding, private party and corporate work they decided to dip their toes into live gigging scene also.