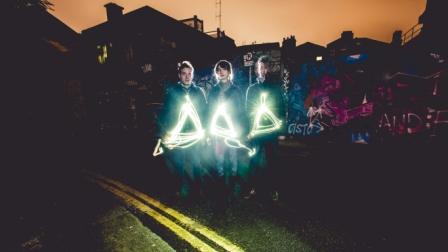 Ahead of their hotly-anticipated festival appearances at Camden Crawl and Vantastival, Dublin-based band swords have just announced their first ever headline performance in Whelan’s, Dublin on Friday July 5th.

Since their début EP Launch in 2012, the band has played an impressive number of shows throughout Ireland, including a headline slot at Electric Picnic. swords began 2013 on a sweet note, performing for Whelan’s Ones to Watch in January, and recording a live track for RTE’s Other Voices in February.

Drawing comparisons to Beach house, Portishead, Feist, and Yeah Yeah Yeahs, their blend of guitars, synths, samples, loud drums, and keyboard hooks, along with Diane Anglim’s haunting and intimate vocals is something quite unique.

They approach songwriting with a passion and a need to express themselves honestly, and in the moment. ‘Our songs are changing as we change’ Anglim says, ‘they reflect the things we go through, and the energy we feel as we write. It’s important to us that we follow our ears and our own energies, instead of aiming for a certain musical genre.’