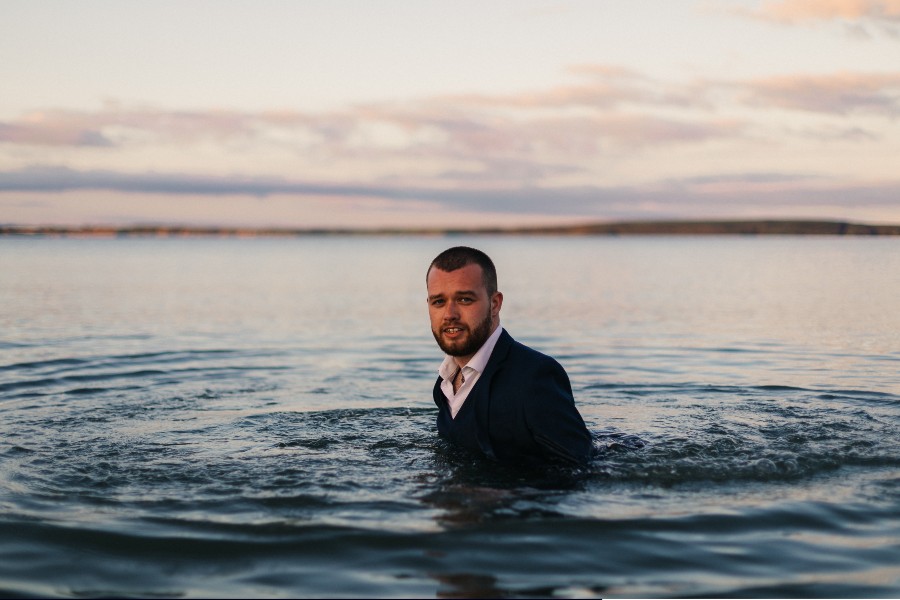 Almost a year after the release of his debut single ‘My Father’s Clouds’, Tadhg Williams returns with his second release – a reflection on a trans-Atlantic relationship he experienced as he began to experiment with writing songs.

‘The Hope Song’ is the oldest song Williams has kept in his armoury, penning it in the space of a half hour at the age of 18. The fact it is untouched gives the song a beautiful naivety. The lyrics are quite innocent both in their simplicity and their discussion of the topic.

The now 22-year-old enjoyed support from the likes of Hot Press and RTÉ Radio 1 for the release of ‘My Father’s Clouds’. Coupled with the release of ‘The Story of Me and Them (In Three Parts)’, a collaborative spoken word piece with renowned folk artist Matt McGinn in October, Williams has noted himself as a reflective lyricist and sensitive artist among critics and peers in the industry.

Having had 2020 to consider his sound and direction, inspired by the orchestration and structure of the songs of Richard Hawley and Elbow, and the very natural heart-on-sleeve-songwriting of the likes of Mick Flannery and Bell X1, Williams wanted to produce something that reflected both. His vision was realised by producer Pat O’Connor.

O’Connor’s professional abilities lie in composition of film and documentary scores, something Williams feels compliments his writing; “That 6/8 rhythm that I’m a bit obsessed with can be quite soulful, rocky in places. Pat’s ear goes straight for the cinematic. What we did together with ‘My Father’s Clouds’ was almost pre-emptive of the sound I didn’t know I wanted.

We wanted ‘The Hope Song’ to be a bit more indie-rock but touching on that late ‘90s, early ‘00s folk sound as well – the darker Damien Rice or Frames kind of stuff. But at the same time it has that cinematic, uplifting quality reflected in the lyrics and that’s down to Pat.”

‘The Hope Song’ was arranged and produced by Pat O’Connor. mixed and mastered by Thomas Donoghue and features drums by Basciville’s Lorcan Byrne. Available on all streaming services from 26 February 2020 with ‘The Story of Me and Them (In Three Parts)’ featuring Matt McGinn as the B-side.