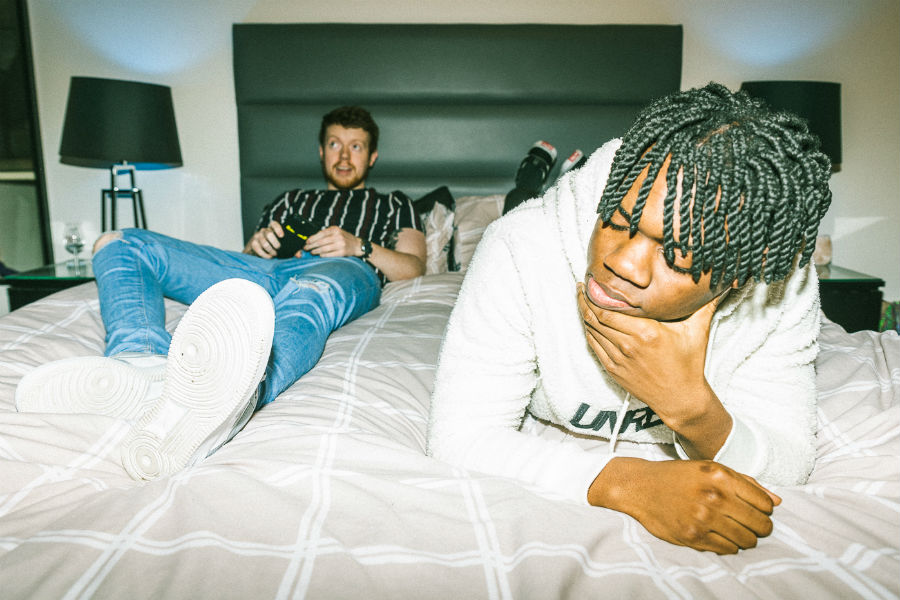 Fast becoming one of the most acclaimed names on the Irish music scene, alternative hip-hop duo Tebi Rex release their second track of the year, the follow up to March’s hard hitting ‘Number 1 Symbol Of Peace’. ‘Financial Controller’ (mixed by long time Watsky collaborator Kush Mody) showcases their more pop oriented side, a summer ready anthem that details the struggles of being a twenty first century artist. In their own words, “We wanted to make a song that balanced two experiences; the feeling of being rich as a result of your art, but that same ‘richness’ not really stretching very far. But hey at least now we can afford to add guac to our burritos.”  Released through Paragon Records on 31st May, the song comes with a hilarious video directed by James Alkayed and based on a concept from the band’s Matt O’Baoill and Max Zanga.

Named as one of RTE 2FM’s Rising acts for 2019, Tebi Rex spent 2018 carving out a name for themselves thanks to tracks such as ‘Men Are Trash’ and ‘Peggy’s Bus’, collaborations with the likes of Eve Belle and The Blizzards and a string of high profile festival appearances atLongitude, Electric Picnic, Indiependence and Other Voices. Having made their UK debut with two well received shows at The Great Escape festival in May, the duo will play at the Body & Soul and Knockanstockan festivals before they ready their debut album for an autumn release.