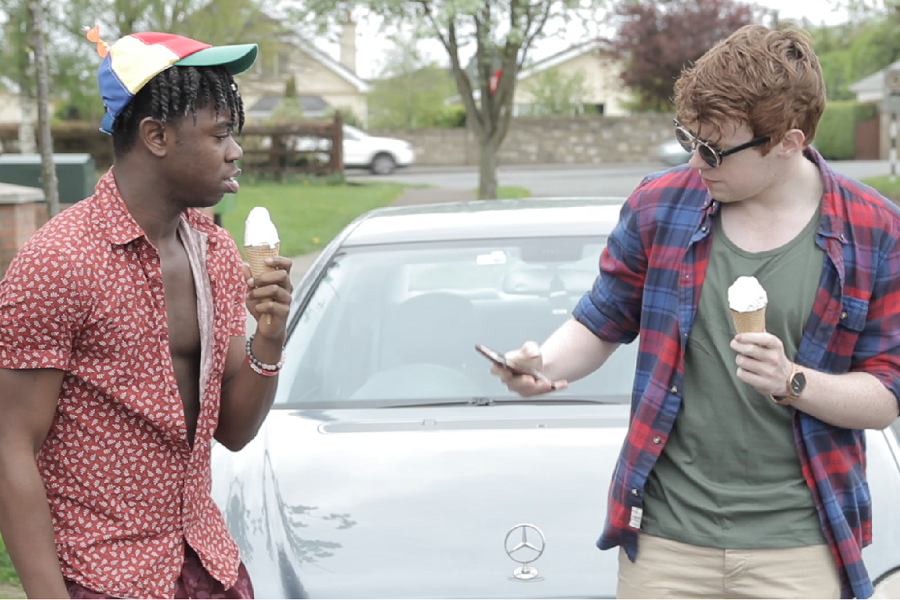 Tebi Rex are an alternative hip-hop duo based whose style can fluctuate from catchy, upbeat pop to strikingly dark and complex lyricism. Following the success of 2016’s ‘Black Enough’  their first single of 2017, ‘Everything You Say Is A Poem’, picked up major radio support from the likes of 2XM, 98FM, RTE Pulse and Beat 102, as did the (sort of) summer anthem ‘Icarus’.

In their latest music video they and fellow duo Elkin tackle the most iconic romantic moments in film and music history, taking the message of the song one step further by creating a video that not only spoofs your favourite romantic comedies (featuring Taylor Swift, Heath Ledger, Ingrid Bergman, John Cusack and Humphrey Bogart) but also acts as a social critique of a system that perpetuates unrealistic standards about what love looks and acts like. They’re also fairly bitter and petty so there’s that too.

Love is quick, love is cruel. It is envious, it is boastful, and arrogant.
It dishonours those around you, it is self-serving, it is easily angered, it keeps all records of wrongs.
Love does not delight in what is pure but rejoices in all that is petty .