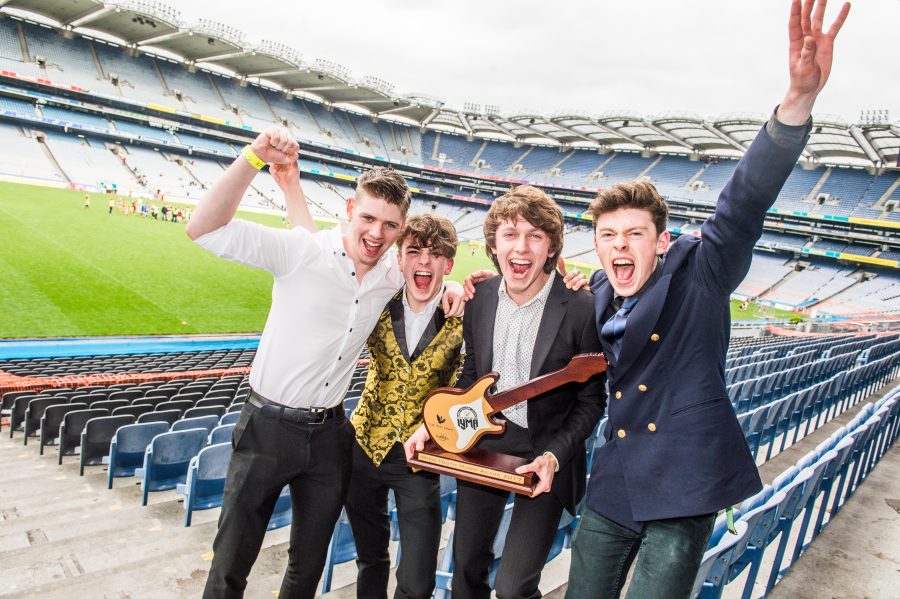 Youth Work Galway are celebrating two in a row at Croke Park as their act Liquid Space were announced as the winning recipient act and region and follow fellow tribesmen JANAJ who won in 2016. Liquid Space, who formed to participate in the IYMAs, and Youth Work Galway have won recording time in a professional recording studio, a recording session in RTÉ 2FM’s legendary Studio 8 and a full backline provided by Music Maker Dublin. They will also produce an album of their own original tracks released on physical CD with a professional design. Last year’s IYMAs album stormed the Irish compilation charts entering at number five.

“We hosted our largest youth music event last Saturday with over forty bands performing across two stages, a large educational hub with music industry professional and a market place to provide young people with information and links to the creative and music industries. To date we have worked with over 80,000 young people from across the entire island of Ireland enough to fill our venue for the day Croke Park. We are going to start planning towards our programme launch this Autumn in the forthcoming weeks as well as our National event for next year and we plan to further expand our educational hub and supports throughout the day making the IYMAs the largest youth music educational event in the country for all those attending” said Irish Youth Music Awards Director Barry Lennon.

Aimed at creating teamwork and friendship at local level, the Irish Youth Music Awards also provides first hand work experience in all areas associated with the music business such as PR, stage management, graphic design, photography and much more. The programme honours the most effective music projects run by groups of young people based on the entire project from the band, to the crew, to the promotion and to the representing bands’ performance at Croke Park.

Having recently crowned winner Mo Adeniran, The Voice UK talent scouts visited the Irish Youth Music Awards in their search for singing talent for their next series. Speaking today, Justin Jeffreys, ITV Publicity Manager for The Voice said: “The event provided a spotlight on the future talented musicians from all across Ireland and was very worthwhile attending as we were impressed by the talent on offer.”