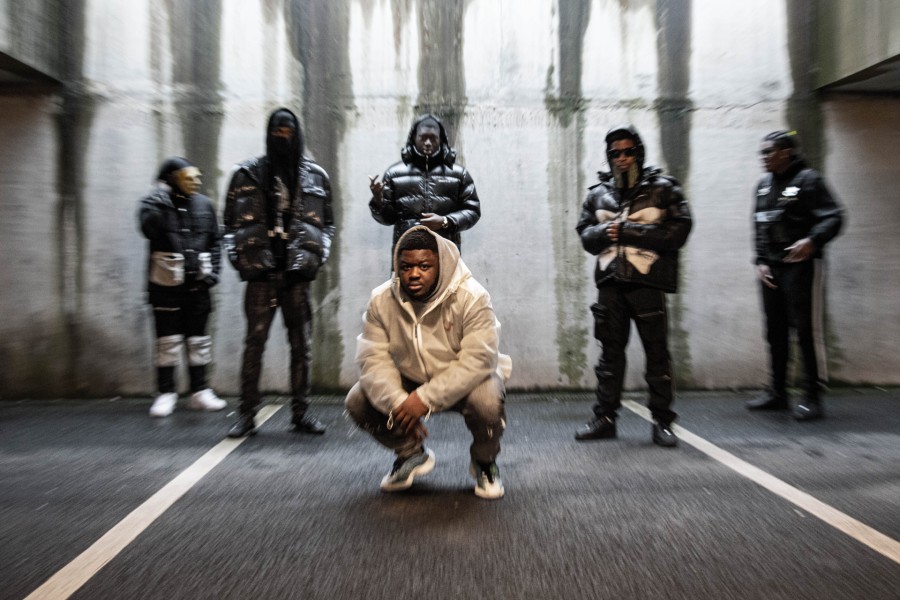 Drogheda’s Drill collective A92 has become the hottest topic since the birth of Irish Hip Hop, becoming the first act from a hip hop subgenre to enter Official Top 40 Single Charts in both Ireland and UK. Receiving a copious amount of co-signs from respected figures in the industry like Charlie Sloth, Kenny All-star, Blanco, Fumez The Engineer, DJ Target, Semtex and Classical Kyle. With extremely humble beginnings and a humble approach toward their music, the collective has captured the attention of the nation with a series of street heater since arriving earlier this year.

A92 finally deliver their debut mixtape, one of the most anticipated releases of the year. ‘92 DEGREES’ features 15 tracks that straddle the worlds of commercial rap and underground drill produced by international beatmakers with credits from AJ Tracey, Hardy Caprio, Dig Dat, M1llions, Pop smoke and A$AP Ferg. The tape features introductory ‘A9 Link Up’, chart-topper ‘Plugged In, hood bop ‘Wrist On Bop’ a Mixtape Madness production of ‘Go Low 2.0’ and ‘WAR’ from new member Andre Fazaz alongside an arsenal of hits.

The collective formed not more than a year ago by manager Joel Safo who saw a gap in the market for drill music outside of Dublin. Since launching they have broken barriers for drill music in Ireland, being the first drill collective to be played on all mainstream radio, it didn’t just stop there. A92 have been recognised on a national scale through editorials from Irish Independent, Golden plec, Hotpress, Nialler9,  IMRO and District Magazine not to mention International support from GRM daily, Mixtape Madness, BBC 1xtra and Captial Xtra. Becoming Ireland’s most successful rappers in a generation, in the space of a year breaking into the UK & IRISH TOP 40 Charts with their latest release ‘Plugged In‘ freestyle with Fumez the engineer which has gained over 24 Million streams in under 2 months. Entering in the Top 5 of the Irish Home Grown charts with the highest-entry ever. Outside of the music A92 have proven to be a positive force in the community of Drogheda, supporting the less fortunate and disadvantaged. Setting a positive example for the youth of today.