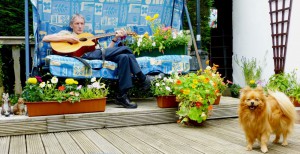 Terry Topley will be celebrating in early September when the new Paul Rudd movie, “They Came Together (2014)”is released in The UK and Ireland.

Terry has had his songs played on TV and radio worldwide, but it’s the first time he has received Hollywood Movie credits, as writer and performer.

Terry says “the advice, backup and support I have received from IMRO over the years, and the contacts I made with other members has been invaluable”.