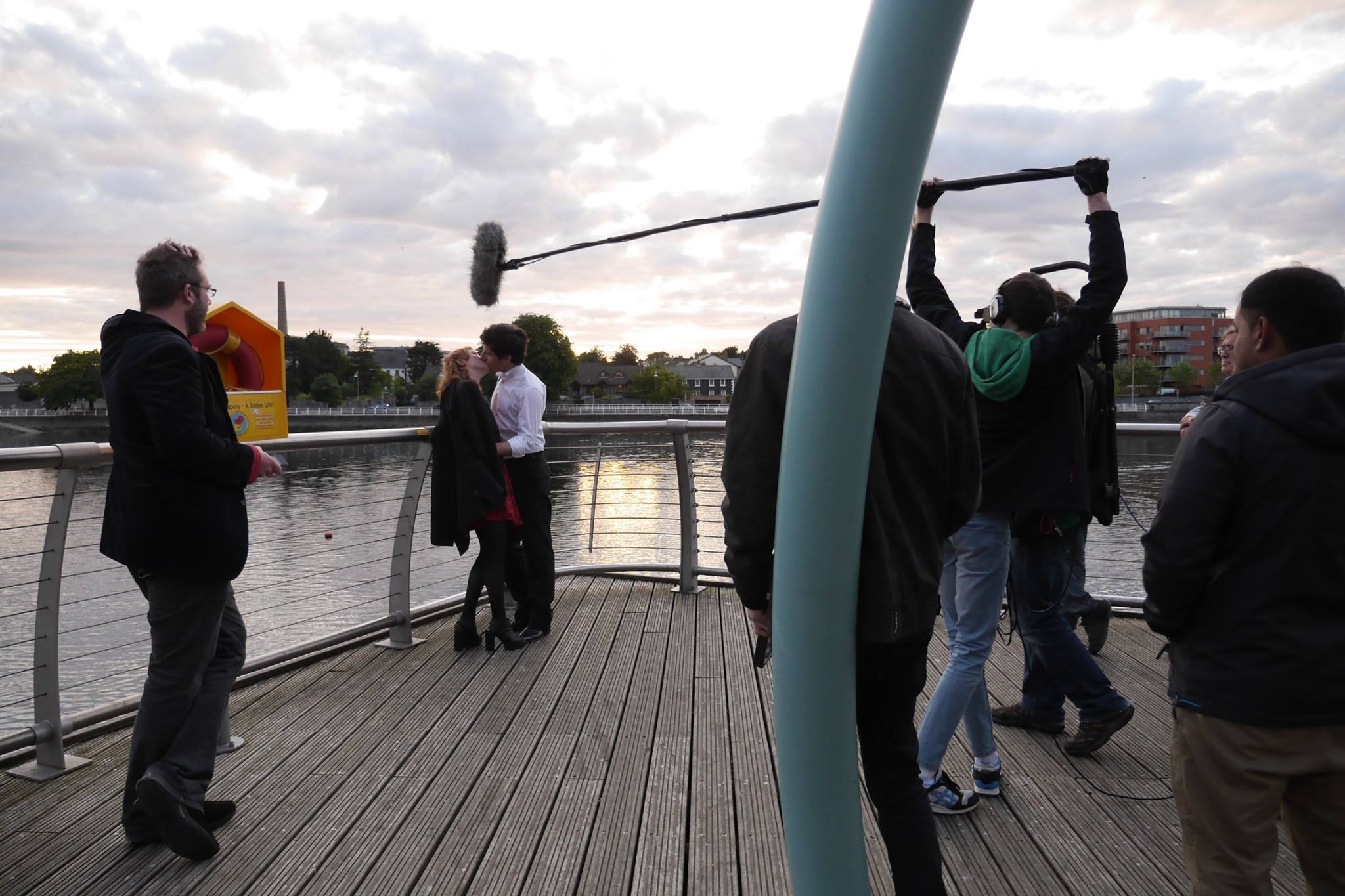 ‘Date: Time’, the final short film in the hugely-anticipated Film Limerick trilogy has finished shooting and is now in post production. This romantic short film was written by Philip Shanahan and directed by Paul Corey and features local actors Mark Griffin and Erica Murray.

This ambitious project was realised by Film Limerick Project Manager, Ronan Cassidy, and Irish Writer and Director Gerry Stembridge and with the assistance of Behind the Scenes. The trilogy of films has brought together both professional and aspiring film makers in Limerick to create a film cultural legacy that will hopefully continue for many years to come.

What has made this project unique is that three first time writers and directors saw their work brought to the screen. Training opportunities were given on set by Gerry, Ronan and the Director of Photography Patrick Jordan (Volkswagen Joe, Pentecost) to the different production departments. Post production is being overseen by Simon McGuire in Limerick Institute of Technology, where similar opportunities are given to trainee editors. Finally music will be added by Patrick Cassidy (Hannibal, Calvary) and Noel Hogan (Cranberries), who will make his debut as a film composer.

Some of the trainees have had new opportunities and offers to work on professional productions around the country, which cements the early success of the Film Limerick Training Scheme before it has even been completed.

Project Manager, Ronan Cassidy said, “I would like to thank Gerry Stembridge for working one-to-one with the writers, directors and all of the crew. It has been an absolute pleasure collaborating with him on this project. There has been huge enthusiasm from all involved, which shows the necessity for schemes like this to continue.

I’m looking forward to seeing how these films perform on the festival circuit both nationally and internationally. I would like to commend Limerick City of Culture and Screen Training Ireland for backing the project. ”

Teresa McGrane, Deputy CEO, Irish Film Board said, “Screen Training Ireland is extremely committed to offering pathways to the film industry for new entrants. We are delighted to have been involved in the Film Limerick initiative as a project that reflects this commitment in a creative and practical way, and we look forward to seeing the final results”.