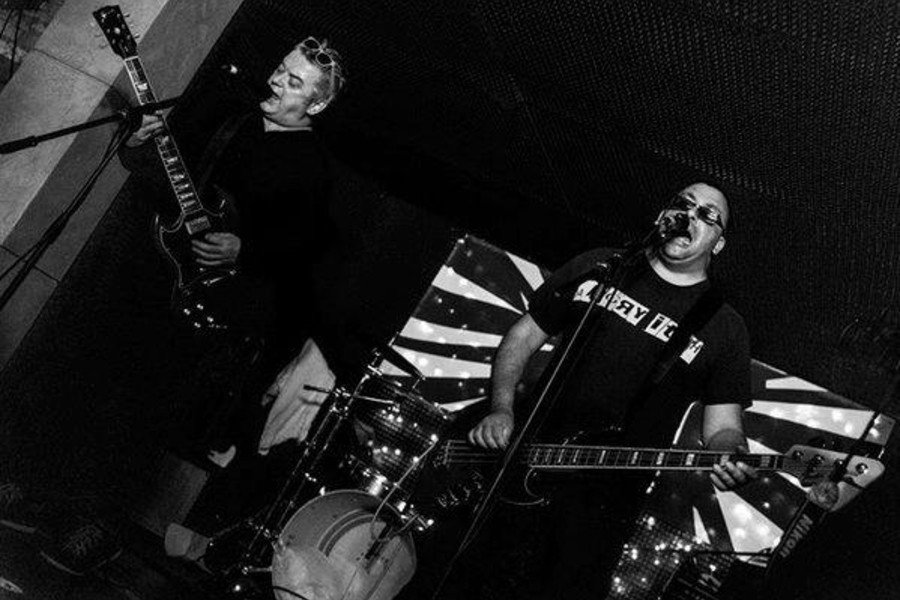 The Alternative Sunday Social Club Presents The Black Pitts in The Wild Duck on Sunday, August 30th at 4.00pm.

Putting the raunchy back into rock n roll and the garage back in punk, The Black Pitts are a power three-piece fronted by a double vocal of Ive on guitar, Ado on bass and more drummers than Spinal Tap ever had and the band have been ripping it up for over a decade now. Formed out of the remnants of a CBGB era covers band, but taking it to the darker streets of Dublin, they have gone on to write and record two albums, ‘B-Movie Extra’ and ‘Nevada Jacks’. In the 90’s Ive started out with a band called The Dreads, (The Black Pitts MK1, it’s been said), where he cut his teeth on the recording process. He then went onto produce well into the ‘10s under the name Ridgewalkers but that’s a whole other story. Meeting Ado through DJing they discovered a common love in early garage and punk records, and they formed The Black Pitts, a no holds barred rock n’ roll punk band, out for a good time.

The Black Pitts self-produced their debut album in the Summer of 2016, ‘B Movie Extra’, and with help from Liam Mulvaney on mixing, they produced a modern slice of punk’s history, receiving cracking reviews across a wide spectrum. Their live sets are full of attitude, life lesions, humour, horror stories with catchy choruses and not forgetting those pounding beats. They perfected their live sound playing FOAD Musick nights around Dublin and have opened for legends such as Richie and CJ Ramone, The Outcasts and Paranoid Visions as well as playing a string of shows at Rebellion, the U.K’s longest-running Punk festival. In 2019 The Black Pitts returned to the studio to produce their 2nd album, recruiting Jay Bagnell (Paranoid Visions) on drums and Liam Mulvaney back in full engineering role, and ‘Nevada Jacks’ was born. This album has not only allowed the band to open up on their influences and also deliver it in a more defined ‘Pitts Sound’ way.