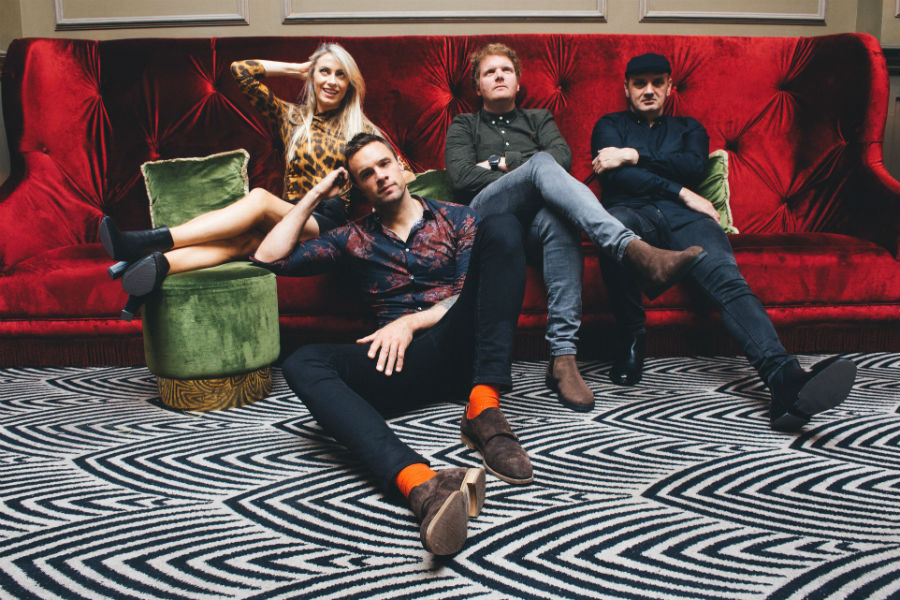 Multi-award winning Irish power punk pop band The Blizzards new film “The Blizzards: Behind The Music” is available now on the RTÉ Player. The tell-all star studded short film documents the band’s exploits over the past year and has previously premiered in Dublin’s Irish Film Institute (IFI) and screened at the Galway Film Fleadh in July. The film can be viewed here.

A chance to get up close and personal with the band, the Jeff Doyle directed film, follows Bressie, Dec, Justin and Louize and their by all accounts, unorthodox, manager Duncan as they navigate the challenges of the music industry. The film features an array of big names sharing their impressions of The Blizzards, from Picture This, to Laura Whitmore to Stormy Daniels.

As if the film wasn’t enough the band have also recently released an album ‘The Last Great Algorithm’, along with the first single from the album ‘Who Would Want To Be In A Guitar Band?’ and are currently embarking on a UK & Ireland Tour.

The Blizzards, bruised and battered after releasing two albums with major labels, have decided to go it alone with the release of their highly anticipated third album independently. The albums release has been so long awaited that the band even made a film, “The Blizzards: Behind The Music” to document the process.

Speaking of the single Bressie of The Blizzards said: “The track was borne out of the very considered feedback from a media playlister about the perception that one of our songs was “too guitary”. Shocked at realising that guitars were now illegal, we had two choices. Give up, or write this song. We gave up actually. But our manager kicked our asses so here’s the song we wrote to retaliate.”

A busy few months awaits, with The Blizzards currently embarking on their UK and Ireland Tour. Tickets for all dates are on sale now. Visit Ticketmaster and local venue box offices for tickets.

Out now ‘Who Would Want To Be In A Guitar Band?’, is the first single taken from The Blizzards brand new album ‘The Last Great Algorithm’, with the band’s short film “The Blizzards: Behind The Music” available on the RTÉ Player. Tickets for their UK and Irish Tour are on sale now.