The City and Us Announce Next Single 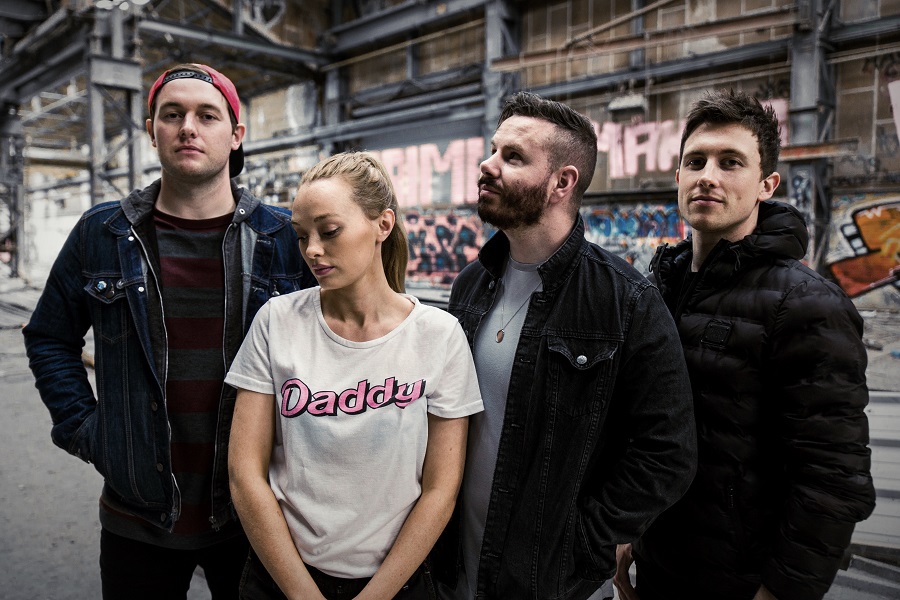 The City and Us – an Irish four-piece made up of Elva Trill, Mark Hogan, Stephen Youster and Stephen Reilly – are beginning to make their mark on the Irish and UK music scene. Their sound is a mixture of Indie, Rock, Pop and Synth.

Formed in late 2016, the band made their live debut opening for Keywest in The Olympia Theatre Dublin on March 31st 2017 and released their debut music video ‘Home’ the following day notching up 30,000 views on Facebook within days of release.  In June of 2017, they headlined their own show at the infamous Whelan’s of Dublin. That night, they released another video – a cover of The Chainsmokers ‘Paris’. This time the instruments were an acoustic guitar and a table of cutlery and glasses filled with water. The cover received high praise, going as far as reaching the singer on the original track – Emily Warren – who has said she loved the creativity with which it was done.

After the show at Whelan’s, the band got the opportunity to headline a festival in Zittau, Germany. Then it was back to the studio to write and record new music. They also released a third video covering Calum Scott’s version of ‘Dancing On My Own’, which was shot in a field in the Irish countryside and caught the attention of Irish media outlets such as Joe.ie. Finally, they prepared to play Electric Picnic.

In 2018, the band was offered a spot at the Ho-Hai-Yan festival in Taipei, Taiwan. The Rock festival, held on Fulong Beach in July, was jam-packed with over 30,000 people. While in Taipei, they seized the opportunity to shoot their next music video for the song ‘Something Better’.

After a busy 2019 writing and recording music and playing shows around Ireland, UK, Europe and Scandinavia , The City and Us are set for begin 2020 with a bang with the release of their new single ‘Just For You’ on February 14th and a headline show in Dublin’s Lost Lane on February 22nd.