The Coronas Release ‘LA At Night’ & Announce Livestream from the Olympia 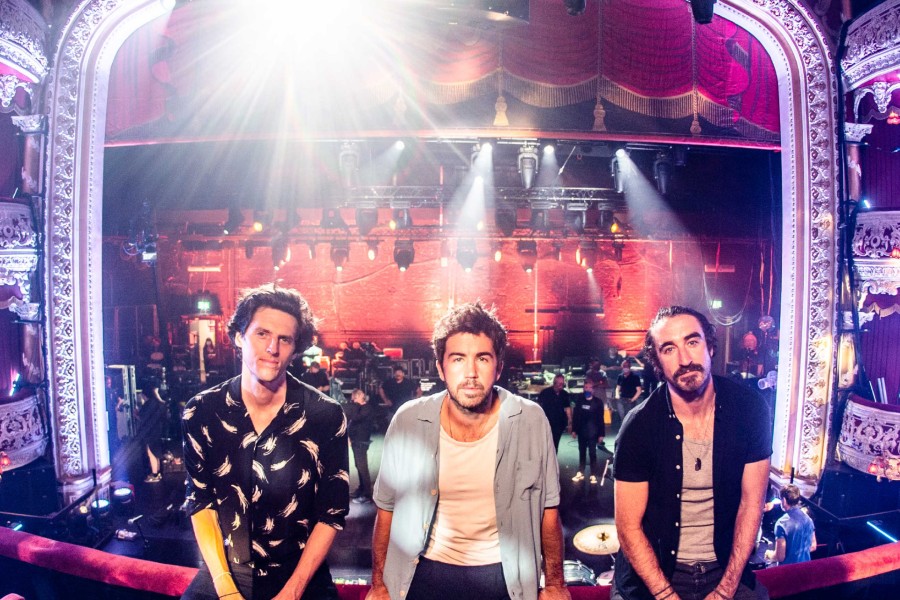 The Coronas are releasing ‘LA At Night’ from their No. 1 selling album ‘True Love Waits’ on 13th November. Like most people, The Coronas have felt the rollercoaster of emotions that 2020 has brought; from the disappointment of cancelling their world tour, to the thrill of their album reaching a No. 1. One constant that has always been present in the bands lifespan, however, is their special Christmas shows at the Olympia Theatre, and this year they don’t plan on letting a unfortunately named virus ruin the party.

For many people, these shows have become an integral part of the annual festivities. Whether you attended one of the record breaking ‘six night stand’ gigs, or the ‘Heroes Or Ghosts’ anniversary show, or the one where the power went out (but the singing continued!); most people have a Coronas Christmas Olympia memory etched in their minds. This year the band are set to create another by bringing the concert direct to your very own living room via a live stream from the venue on the 12th of December.

“Doing this from the Olympia was a deal breaker for us,” explains singer Danny O’Reilly. “We’ve veered away from doing any streamed gigs so far this year, and if we didn’t get the go ahead to get back in to the Olympia, we wouldn’t be doing this. The venue is such a big part of the Coronas story; doing the stream from anywhere else wouldn’t have felt right, especially at Christmas.”

The band understand that it’s a tough time financially for many people out there, so have taken the decision to make the gig available for all to stream on a pay-what-you-like basis.  “Pay what you can afford, whatever the gig is worth to you.” says bass player Knoxy. “We won’t be making much, if any, money off this show, but we wanted to put on a full production, to get all our amazing crew back involved and put on the best show we can for this one off.” “It will give us an excuse to see each other and our crew at Christmas as well.” says drummer Conor. “And do the only thing we’re any good at, play some music.”

Coinciding with the announcement of the stream, the band are also releasing ‘LA At Night’ from their current album ‘True Love Waits’. Speaking about the single, O’Reilly explains “The song was written at the end of a gruelling US tour that finished up in LA in November 2018. The band and crew went home after our last show but I decided to stay on and spend a few days with a friend. It was the reset I needed after an emotionally tough few months. When I got back home, I went to Dingle and finished the song and as soon as Knoxy heard it, he felt it would be a great album closer. The line “it’s gonna be ok” seemed to be an appropriate full stop for the record. Little did we know that the lyric would gain even more poignancy in the chaos that engulfed the world soon after!”

If you want to see The Coronas live in your living room in The Olympia this December click here: https://guts.events/wxooyu/r1bmf8/

‘Nowhere We’d Rather Stream – Live From The Olympia’ is produced by Ten Feet Tall, this project has been part-funded by the Department of Tourism, Culture, Arts, Gaeltacht Sport and Media from the Live Performance Support Scheme.