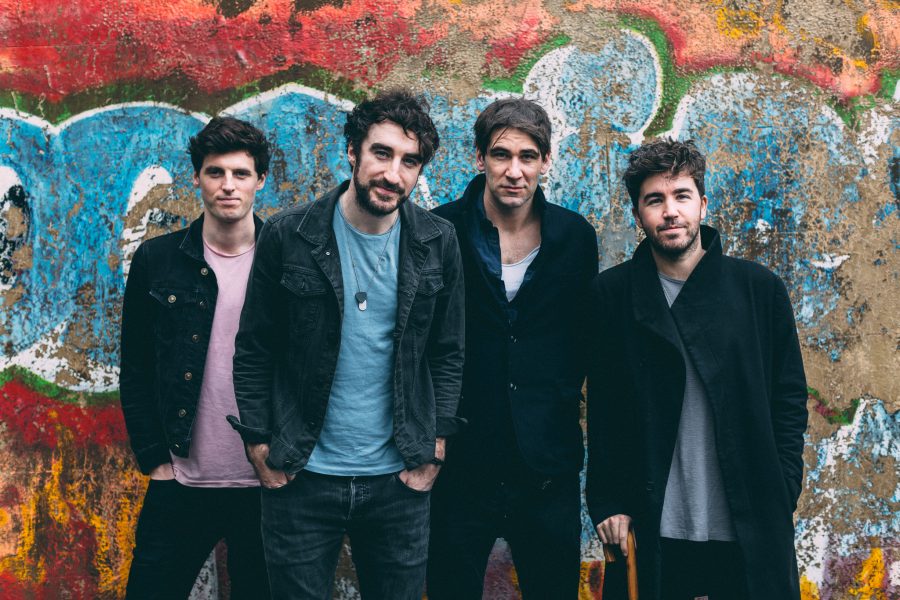 One of Ireland’s best loved and hardest working bands, The Coronas, are set to release their latest single ‘Gut Feeling’, taken from their fifth album ‘Trust The Wire’. ‘Trust The Wire’ was released in June 2017 and went straight to number one in the Irish charts, heralding a new wave of success for the Irish four-piece.

‘Gut Feeling’ reflects a simple message but one which will resonate for most people: to not doubt yourself or overthink things, to go with your gut. ‘As you get older you can doubt yourself in some ways, and sometimes feel the need to give yourself a pep talk,’ says frontman Danny O’Reilly. ‘Myself and Dave went back to basics and wrote this song around a piano with an acoustic guitar. It felt like the right way to write about the simplicity of creating something, and not overthinking it.’

‘Trust The Wire’ has already been certified gold and is on the way to a platinum disc, joining the previous four Coronas albums. The band hit the road in support of the album last year performing shows in Europe, the United Kingdom, Australia, Canada, the United States and even Dubai. A particular highlight was their sold out biggest ever headline show, with 15,000 people joining the party in Kilmainham, Dublin.

The band’s schedule continues to be hectic, with some Irish summer dates in the diary to satisfy their fans at home. These are followed by another tour of North America which will include larger venues than the previous two tours, along with several high-profile music festivals. Already announced are the band’s debut appearances at the eclectic Lollapalooza Festival in Chicago’s Grant Park on Sunday August 5th as well as three nights at the annual Milwaukee Irish Fest, on August 17th, 18th and 19th. The major portion of the tour begins in Calgary, Alberta on September 25th and continues for more than a month of shows in cities all over the United States and Canada. The band then finish off the year with three gigs in Australia.

“It’s been a crazy year but unbelievably enjoyable. We’ve loved it,’ says Danny. And their fans all over the world can only agree.