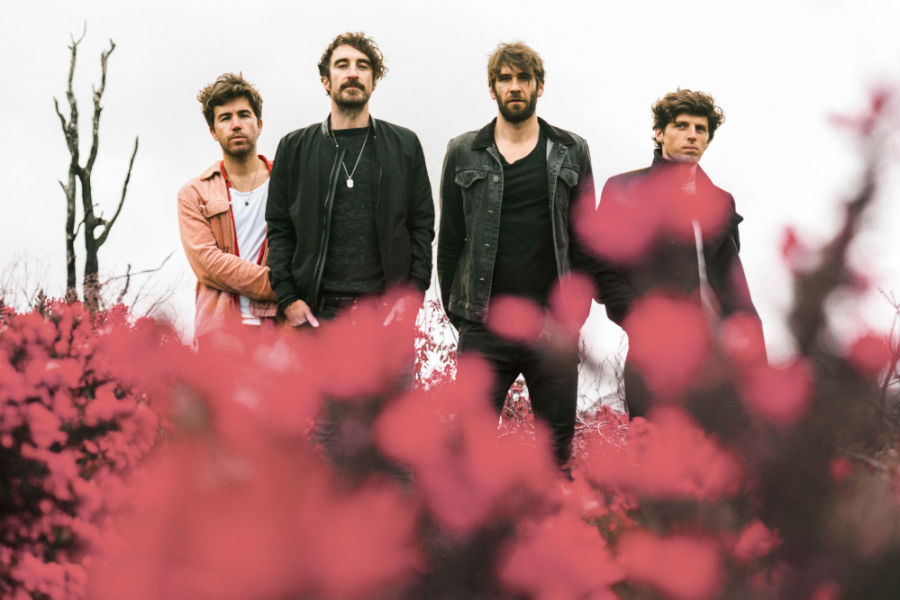 The Coronas release their new video for ‘Find The Water’, the first single to be taken from their upcoming album which they are currently recording. The album, the sixth from the band, is being produced by industry legend Rob Kirwan (Hozier, PJ Harvey, U2, Depeche Mode) and is due to be released in spring 2020.

The Coronas have teamed up with long-time collaborator John Broe who directed videos for ‘Give Me A Minute’, ‘Real Feel’ and We Couldn’t Fake It’ from their last release. “John sent us the treatment on a Wednesday afternoon last month, we booked the flights that evening and flew to LA that Saturday,” explains Danny.

“I think the rest of the band especially loved the idea because they weren’t in it! They got the week off! Although they were a little jealous when they heard the location was LA!”

“We kept the shoot very organic – rented the truck, drove out to the desert and just shot for 3 days. The light was incredible out there and some of locations we stumbled across were just perfect for the feel that John wanted.”

“Musically, ‘Find the Water’ is unlike anything we’ve done before,” says lead singer Danny O’Reilly. “Melodically, the vocal delivery, even the arrangement is unusual for us – but yet it was one of those songs where we were all on the same page right from the start and it came together very quickly, which is always a good sign. The song is about self-improvement, both personally and on the band’s journey. A reminder to myself to appreciate what I’ve got and to convince myself that I can write a decent song or be a good friend or be a better person or whatever it may be.”

The last two summers have seen The Coronas play some of their biggest shows in their hometown, Dublin, including a sold out 3Arena and playing to 15,000 fans at the Royal Hospital Kilmainham. The band were amazed with how many fans travelled to these gigs from all over the country, so this year they decided it’s their turn to do the travelling and they’re taking the show on the road in the form of ‘The Long Way Home Festival’.

Each festival show will have support from some of The Coronas’ favourite up-and-coming acts followed by a full Coronas show in which they’ll showcase some songs from the new album as well as their beloved back catalogue. “As much we love touring abroad, there’s a special place in our hearts for Irish audiences and the we’re so excited to bring The Long Way Home festival around the country this summer.”

See The Coronas live this Summer;