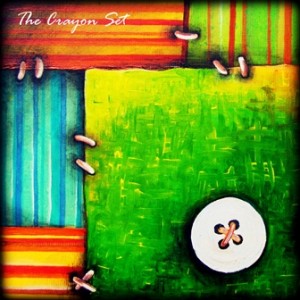 Listed by 2 U I Bestow as one of Ireland’s Top 50 Bands, Dublin-based The Crayon Set were founded back in 2008 by main songwriter Robert Baker and it has since morphed into an exciting 8-piece “mini-indie-orchestra”. They first came to prominence in 2011 when they won a national competition to play the main stage of the Benny & Jerry’s Music Festival in London (with the likes of Ash, Ocean Colour Scene and Fun Lovin’ Criminals).

Their sound is a fresh mix of “indie-folk-pop” – there are catchy melodies, lots of energy, multi-part vocal harmonies and they employ a wide variety of less traditional “indie” instruments – double bass, violin, piano, trumpet, harmonium, oboe, flute, banjo etc. They have been compared to Arcade Fire, Velvet Underground, Stars, Teenage Fanclub and Belle and Sebastian amongst others. They released their debut single “I Wanted You” in September 2012 and it received strong reviews on the blogosphere – and good airplay from many of Irelands top DJs.

Their self-titled debut album was recorded in Leeders Farm Studios in the UK and their own home-built studio in Wicklow. It was mixed at the legendary Rockfield Studios.  It was co-produced by Nick Brine (Teenage Fanclub, Super Furry Animals, Oasis). The band very much believe in the DIY ethic – from the recording of the album, to the artwork and the release of their music.

“They are as catchy as a virus!” Tony Clayton-Lea, The Irish Times

“This is an album packed with up-tempo, infectious indie from a group with a gift for creating memorable hooks”. Entertainment.ie
Album Available @  http://thecrayonset.bandcamp.com