The Dagenham Yanks Present Brand New Video ‘Rudolf How Did You Get Your Red Nose?’ 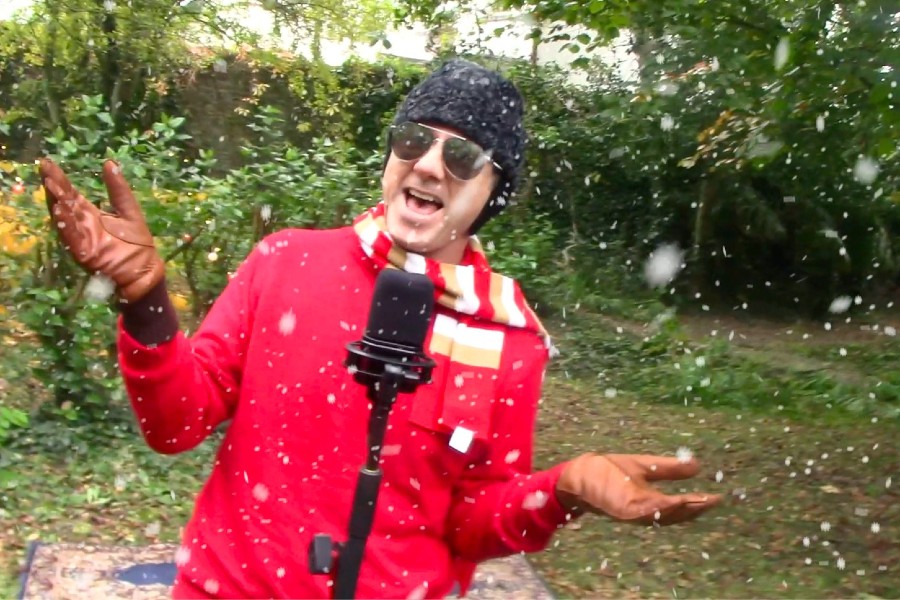 Sticking to their ethos of writing songs that are upbeat and danceable,  The Dagenham Yanks have released a spontaneous Christmas song that promises to expose the shocking truth about how Rudolf acquired his red nose.

Written by the Yanks’ frontman Mark O’Sullivan, the song is a musical melody more akin to Buzzcocks than Crosby. “It’s a festive moshpit belter rather than a yuletide croon,” says O’Sullivan while seasonally attired in winter woollies on the set of the accompanying video for the song. “This is our happy, boppy, feelgood, festive present to everyone who’s felt the gloom of 2020.” Indeed, the song is a three minute package that would defy toes not to twinkle.

It comes on the back of the Yanks’ debut album ‘Trance-substantiation’ which was released on vinyl-only in August this year. The band marked the album’s release with two sold-out shows in The Kino Cork.

The song was recorded in The Maple Rooms (www.themaplerooms.com)

The video was filmed, with the aid of a virtual snow machine, on location in Cork.

‘Rudolf How Did You Get Your Red Nose’ is out now!