The Dagenham Yanks to Release First Single from Debut Album 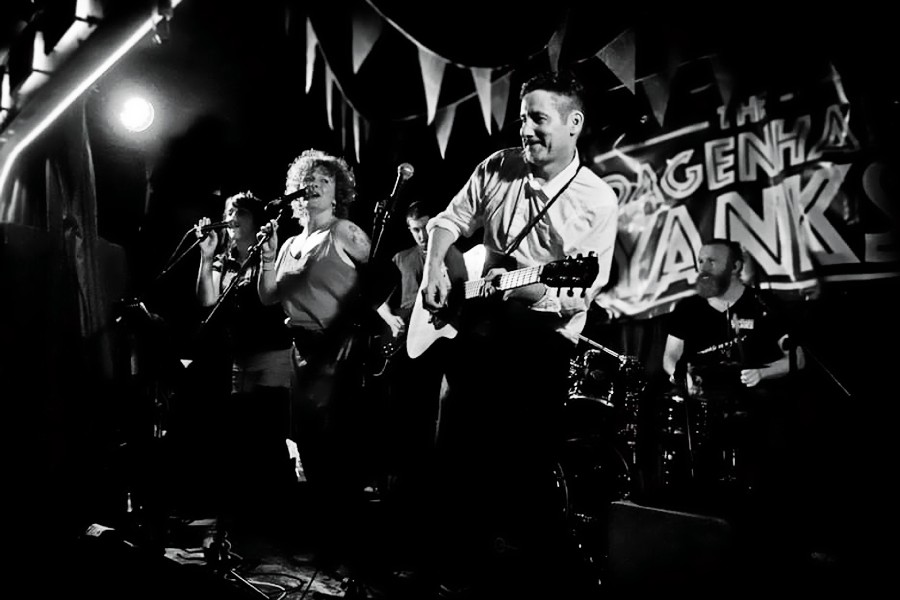 ‘Shamone’, released 25th September, is the first official single from The Dagenham Yanks’ debut album ‘Trance-Substantiation’. The vinyl album was launched at a sell-out gig in The Kino Cork on 14th August. The band have secured airplay on previous singles from Cork’s 96FM, Red FM, Dundalk FM and Dublin City FM.

“‘Trance-substantiation’ is an absolute gem of an album. A refreshing piece of intelligent indie rock. A collection of genius songs performed to the very highest level. Mod and punk attitude, surrealism, glitz and soaring vocals. A thinking person’s bop.” Cork Independent

‘Shamone’ transports the aesthetics of the 1920’s and 30’s into a modern nightclub on any given Saturday night. It is also about a bloke who falls in love with a girl with an annoying voice. The song has instant appeal and has already become a cult classic at the band’s gigs.

The Dagenham Yanks are a 6-piece band from Cork, Ireland. Lead singer and songwriter Mark O’Sullivan strives is to write well-crafted danceable songs that are cerebral and joyously melodic, even while dealing with darker themes. Mark’s intelligent lyrics and biting social commentary, alongside his two exuberant female backing singers, have seen The Dagenham Yanks described as “a musical stew of Talking Heads, XTC, The B52s and Eurythmics while making you feel like you are tasting a new musical culinary experience.”