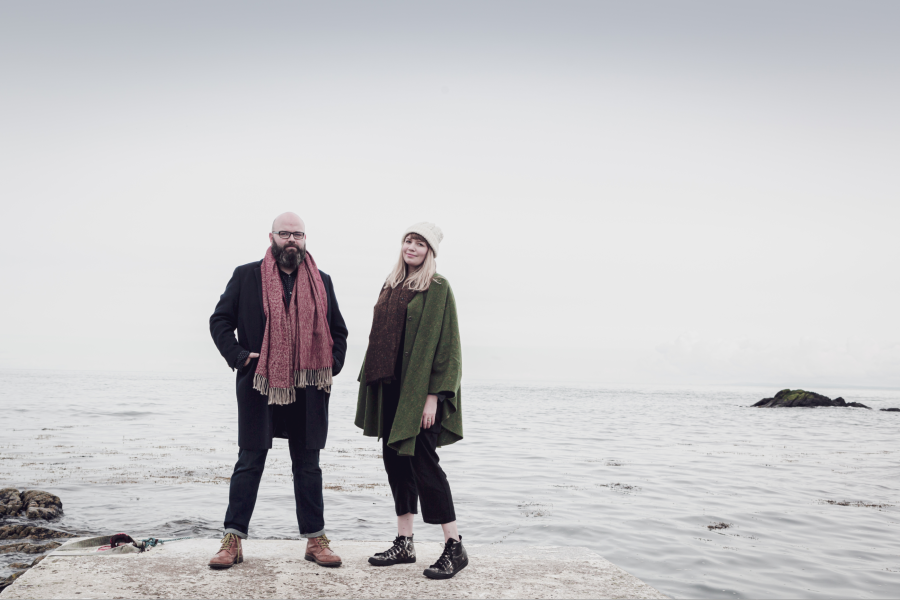 Today the heartwarming music behind the RTE Late Late Toy Show ad is named as ‘Globe Lights’ by Bangor, Co. Down based duo The Darkling Air.

The track delivers on the emotion and warmth, in the on-screen festive visual featuring Eva and her brother Rob. Since it’s release on Friday evening the ad has been viewed over 165,000 times on social media alone. The track is taken from The Darkling Air’s 2nd album ‘Ancestor’ that was released in November 2019 and was nominated as ‘Album of the Year’ at the NI Music Prize 2020.

Michael says, “As a kid who grew up in Donegal, I’m only too aware of the significance of the Toy Show to families at Christmas and we’re delighted a song we wrote is part of that excitement this year.”

Rachel says, “‘Globe Lights’ lyrically reflected on a dream-like moment experienced in the late hours on March night at Bangor Marina.” It’s been a difficult year for the band with personal loss, isolation and all live shows grounding to a halt due to the pandemic. Being part of the hope and magic of the Toy Show and the joy it brings is certainly a highlight as musicians continue to deal with the ongoing uncertainty of live arts and performance.