The Deans Need Your Help with “Supply and Command” 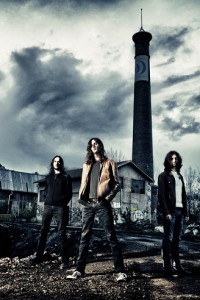 Galway three-piece, The Deans, have just recorded their latest EP, “Supply and Command”. An independent production, the band have launched a Fund-It campaign to bring the EP to completion.

Their forthcoming EP, “Supply and Command”, will feature five tracks including the band’s recently released single, “Take it Easy”. Recorded between IMW Studios, London and a disused hotel near Paris, the underlying thread throughout the EP is reflected in the dystopian lyric of “Take it Easy” and the sombre, introspective tone of “Hollows of my Dreams”.

The release of “Supply and Command”, which is set for September, will be accompanied by a nationwide tour before The Deans return to Europe and the UK in October.

The Deans are hoping their Fund-It campaign will help towards mixing, mastering and manufacturing of the EP. You can check out their “Supply and Command” Fund-It page here: http://fundit.ie/project/funders/the-deans-ep—supply–command and keep up to date with The Deans through their Facebook page and website.