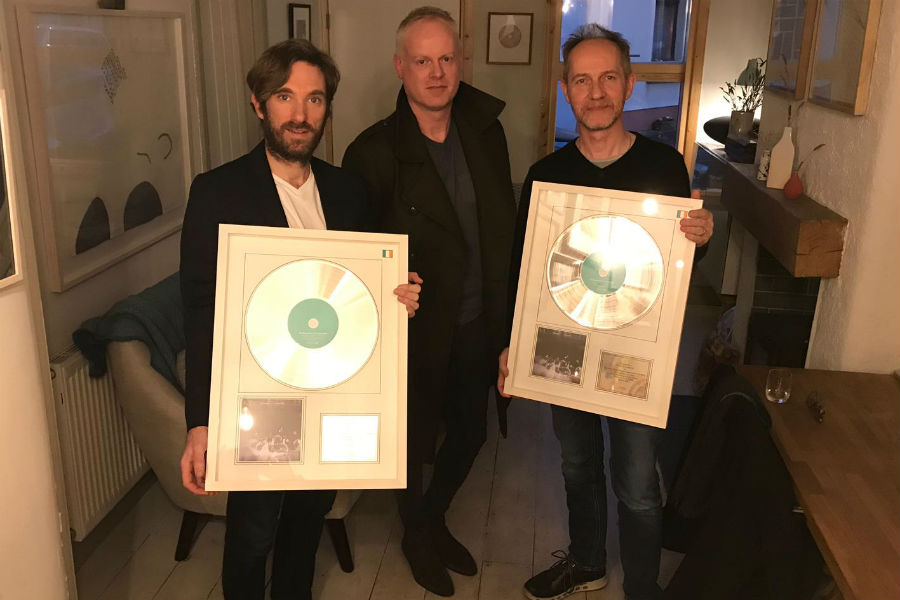 Yesterday IMRO took the chance to present The Gloaming with their IMRO Award in recognition of their Independent No1 Album, ‘Live At The NCH’. Released in March 2018, the album was recorded during the band’s now annual residencies in the National Concert Hall, Dublin.

In recent years, The Gloaming have truly become a live force to be reckoned with. The annual NCH residencies have each sold out quicker than the previous one and faster than new shows can be added. Away from home, their international touring schedule has been equally impressive, including such notable nights out as the Ceiliúradh at London’s Royal Albert Hall (a celebration of the Irish President’s first-ever state visit to Britain), Sydney’s Opera House, New York’s Lincoln Center, Hamburg’s Elbphilharmonie, Mexico City’s Teatro de la Ciudad, and Philharmonie de Paris.

To put ‘Live at the NCH’ together Thomas Bartlett, the band’s producer, sifted through two years of performances and settled on six tracks: ‘The Booley House’, ‘Cucanandy’, ‘The Sailor’s Bonnet’, ‘The Pilgrim’s Song’, ‘The Rolling Wave’ and ‘Fáinleog’. Using the studio recordings only as points of departure, these performances stretch out and roam in unexpected new directions, incorporating new tunes and rearranging old ones, filled with the excitement and delight of five master musicians coming together as one.