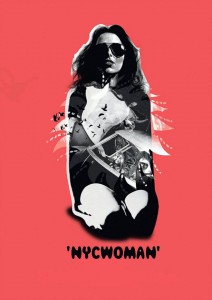 The title track is a raw, rocking throwback the early Grunts EPs. Track Two ‘The Ballad Of Ed Gein’ serves as a hint of sounds to come from the band, fusing dark subject matter with a swooning, laid-back vibe. Final track ‘The Guy That Stalked You Has Become The President’ returns to full-on rock mode, a free-flowing ode to the joys of political scandal.

Formed over 8 years ago and taking their influences from early U2, Echo & the Bunnymen, The Cure and the Pixies, The Grunts have steadily become one of Ireland’s most respected indie rock bands.

Early EPs and debut album ‘Reflections in my Mirrorshades’ saw the band headline across Ireland while also supporting such acts as Sultans of Ping, Delorentos and Nina Hynes. The band also toured in the UK and US, taking in legendary venues like Madame Jo Jo’s in London and the Thrash Bar and Bowery Electric in New York amongst others. The band’s releases have received airplay and support from XFM London, Today FM DJs Alison Curtis, Dave Couse, 96FM’s Michael Carr and Red FM’s Ash Keating.

In 2013 the Grunts a monthly event in the Roundy in Cork, Ireland, showcasing the talents of local and emerging artists and singer-songwriters. The show was streamed live online and guests include both Irish and International Artists. The band then spent the majority of 2014 writing and recording their second album.

The Grunt’s forthcoming album is entitled ‘Death Offering to the Surf Gods’ and will be released through a series of EPs throughout 2015 via Inner Chapter.