The Hot Sprockets Go On Interstellar Adventure In New Video 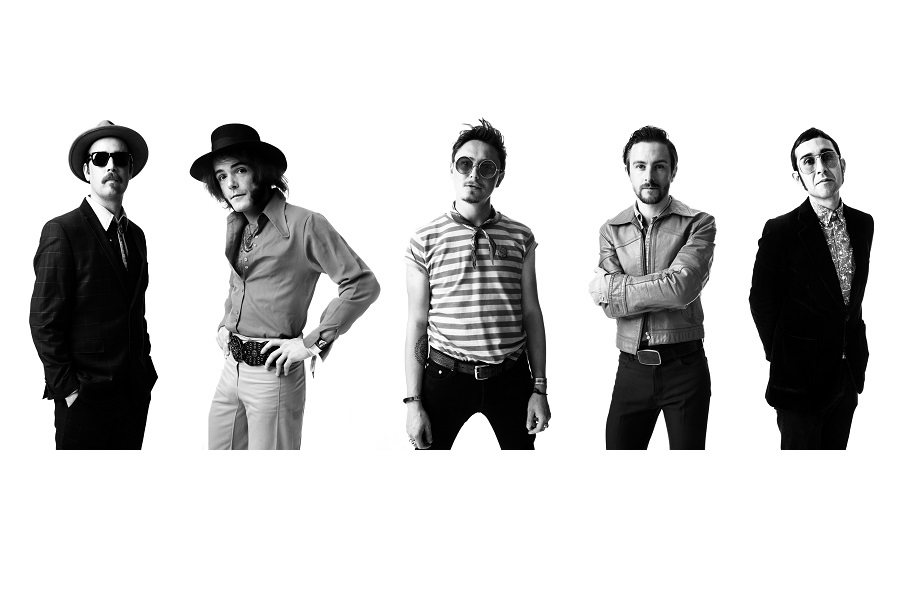 Dublin soul rockers The Hot Sprockets are back with a new video for ‘Imagine Us On The Sun’ taken from their new album ‘Dream Mover’ out now.

The video for ‘Imagine Us On The Sun’ – inspired by the original 60’s Star Trek series and the original TV series Monkey Magic – is a tongue-in-cheek parody following the interstellar adventures of the Sprockets as they blast through space in their Starship exploring alien planets. Along the way they get ambushed by primitive lifeforms, rogues and renegades.  Until, on one terrestrial planet, they encounter the vengeful Sun Queen and her minions, as she tries to steal all the energy from the sun – the source to all her powers.

Will this be the last stand for the Sprockets?  Find out in this hilarious video, that should equally entertain Mighty Boosh fans, as it will Sci-Fi enthusiasts. ‘Imagine Us On The Sun’ is taken from the band’s critically acclaimed third album ‘Dream Mover’, and is available from all digital platforms including their Bandcamp, Spotify, iTunes and Google Play.

‘Imagine Us On The Sun’  is a dreamy psychedelic rock ‘n’ roll love song taking hints of sound from music as diverse as Unknown Mortal Orchestra, Ariel Pink, and The Black Keys, yet with hallmark ‘Dream Mover’ sounds. Lyrically it looks to the sky for inspiration as love intertwines on a backdrop of the universal cycle – the sun, moon and stars – comparing the passion and fire of love to the unknown sky above.

Catch The Hot Sprockets live as they continue their nationwide tour following their sold out album launch at The Button Factory last month.