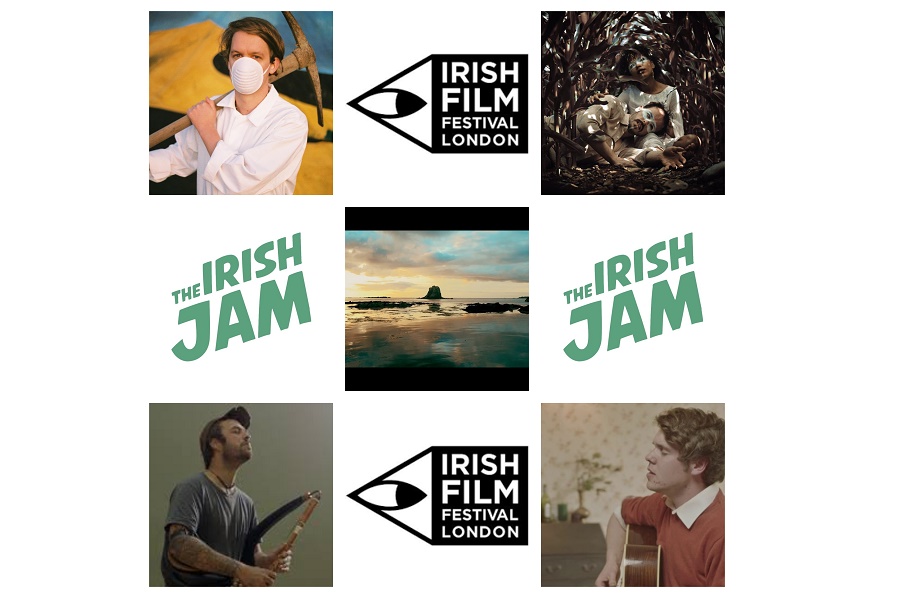 Following a submission and nomination process a shortlist of five final nominations has been revealed with the winner set to be announced at the Irish Film London Awards at the Irish Embassy in London on Tuesday 12th November 2019.

Speaking on the announcement of this year’s shortlist The Irish Jam founder Kealan Duignan said, “We’re delighted to be teaming up with our friends at Irish Film London again to put this award on. This year we encouraged people to submit music videos to be considered for the award and we were absolutely inundated with entries. The Irish music industry is probably the healthiest it’s ever been and, just like the music coming out of Ireland right now, the videos reflected numerous different genres and styles. It was inspiring to see so much creativity on display. It wasn’t easy to select the final five.”

Irish Film London Director Kelly O’Connor added “Kealan and The Irish Jam team really have their finger on the pulse of the contemporary Irish music scene and do an incredible job of showcasing the best of it for London audiences. It’s a pleasure to receive their shortlist each year, and I’m looking forward to announcing the winner!”

The Irish Film London Awards takes place at the Embassy of Ireland on Tuesday 12th November. It launches the 9th Irish Film Festival London, which begins the following Wednesday 20th at Regent Street Cinema, London. Over five days, across three venues in London, the festival presents the latest and greatest of Irish film, through screenings, talks, workshops and networking. More info is available via their website www.irishfilmlondon.com

The Irish Jam broadcasts every Sunday evening from 7pm-9pm on Riverside Radio, every Monday night from 10pm to midnight on Boogaloo Radio with the podcast version released every Monday on www.mixcloud.com/theirishjam.