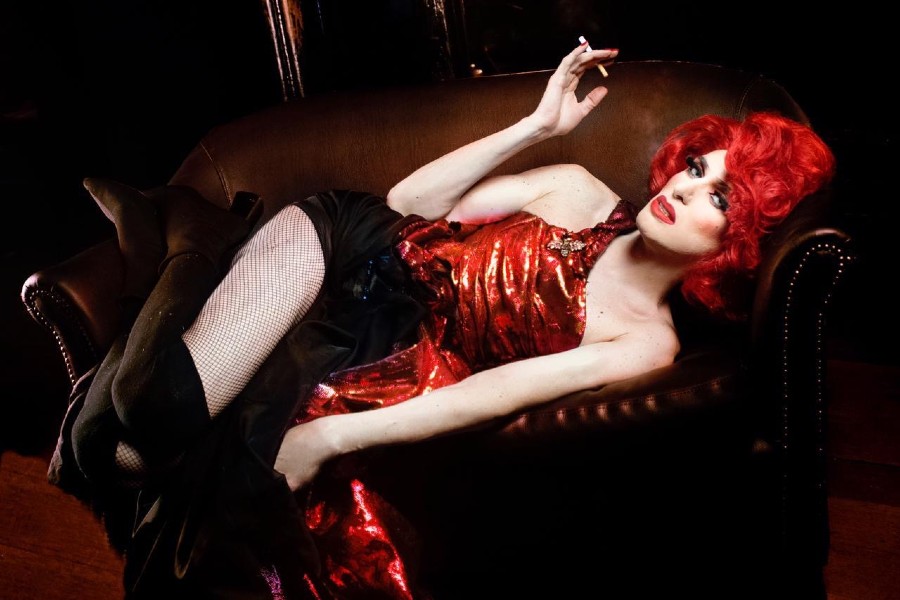 ‘Burn Everything’ is the new joint single from alternative pop artist-producer (The Late) David Turpin, and legendary drag artiste Veda. A glamorous gothic ballad replete with strings, church choir and smoky saxophone, ‘Burn Everything’ was recorded immediately after the sessions for The Late David Turpin’s acclaimed recent album ‘ROMANCES’.

Lyrically, Veda reflects on marriage and mortality, while Turpin’s lavish backing interpolates part of “When I am laid in earth“, the most famous aria from Purcell’s seventeenth-century opera Dido and Aeneas. Turpin says: “Normally, on my own records, I write all the words and I play ventriloquist with the singers. This song was different, because the words are substantially Veda’s own. It’s a privilege to be able to work with an artist who is speaking from her heart, but who is able to fit so completely into the ambience of my work.”

‘Burn Everything’ is available to stream or buy via Bandcamp at thelatedavidturpin.bandcamp.com. A release on other platforms will follow after a once month window.

The cover photograph by Steve Piece was taken as part of a series on Ireland’s premier drag artists.

This release follows the recent surprise release of the complete instrumental version of The Late David Turpin’s album ‘ROMANCES’, as a free download via Bandcamp.

Instrumentals from ‘ROMANCES’ showcases the album’s lush arrangements of strings, synthesiser and samples, as well as the co-production of Stephen Shannon (Mount Alaska), Ross Fortune (Benny Smiles), Simon Cullen (Ships) and Conan Wynne (Contour). As a companion piece to the original album – which features contributions from ten guest vocalists – Instrumentals from ‘ROMANCES’ foregrounds the cinematic quality of the music, as well as its mystery and tenderness. You can download the album from Bandcamp.