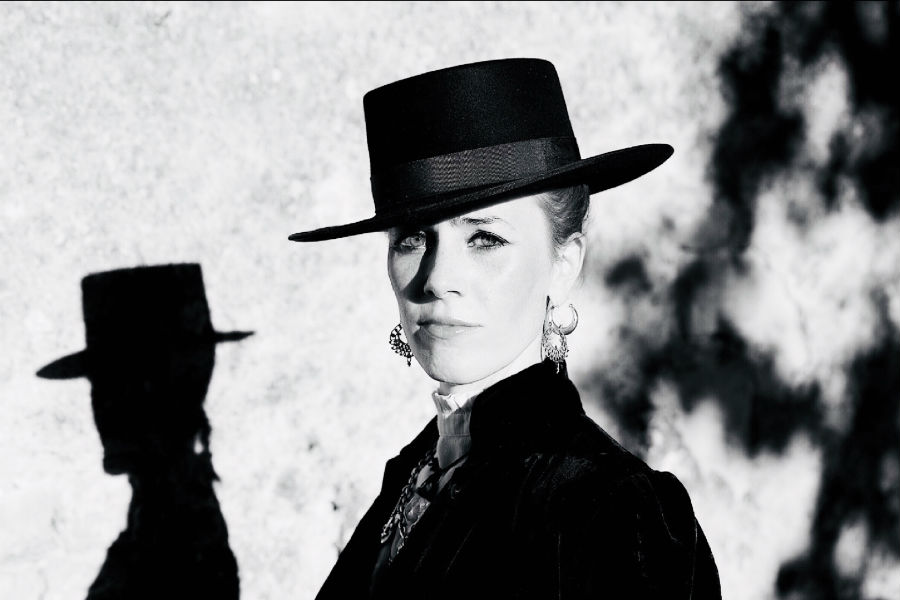 ‘Sacred Love’ is a cosmic love song dripping in gothic doo-wop tones. It is the debut single by new artist The Love Crusade, a complex thought form, which beats with an unusually large heart, suspended in its own dimension, where music, magic & science are artfully entangled. The Love Crusade has been brought to life by Irish producer & songwriter Tara McCormack (Tieranniesaur & Vengance and The Panther Queen). ‘Sacred Love’ is available to download & stream now on iTunes, Spotify and all usual download & streaming platforms. A video, which was self directed on location in Barcelona, is available to view now.

‘Sacred Love’ sounds like nothing you’ve ever heard before and yet somehow, within its darkest matter, it’s inspired by everything that was ever made. At moments you may notice lost fragments of Hildegard & Prince, The Chi Lites & Black Sabbath,  Dhafer Youssef & Alice Coltrane and a glimmer of The Delfonics, Cheikha Rimitti, Stevie Wonder & William Blake.

‘Sacred Love’ is a piece of music of remarkable force & freshness at the vanguard of a musical revolution, which will bring sound healing frequencies into common practice in popular music. It was made using the Frequency of Love 528hz, which helps to repair DNA.

‘Sacred Love’ was produced by Tara McCormack and co-produced by Claus Vega and recorded at 101 Room Studios in Barcelona. It was mixed and mastered by Steve Wright (Mos Def, M.I.A, Slipknot & Rihanna) at Wrigthway Studios, Baltimore New York.