The Music of Brian Byrne: The Chamber Music Project 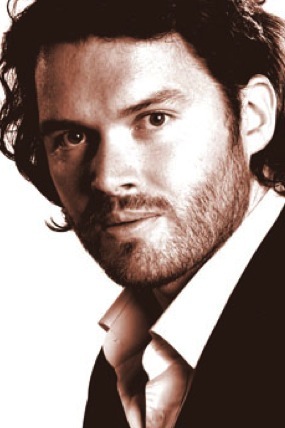 One of our top musical ambassadors and most internationally successful film composers is coming home to Ireland and the RTÉ Concert Orchestra for a very special evening inspired by James Joyce. Golden Globe nominee and RTÉ CO Artist in Residence Brian Byrne has set poems from Joyce’s Chamber Music collection which will be brought to life on Thursday 10 September at the National Concert Hall. A testament to the excitement around this project is the calibre of the artists getting involved: Grammy winner Kurt Elling, Jack Lukeman, Cara O’Sullivan, Andrew Strong, Kristina Train and Keith Harkin of Celtic Thunder.

The Chamber Music Project is very close to Byrne’s heart and one he has been working on for many years. International jazz legend Kurt Elling included one of the songs on his latest album, Passion World, a collection of songs from around the world that Elling calls his ‘charmers’. According to the Irish Times review: ‘It all ends quietly with Irish composer Brian Byrne’s tender setting of a James Joyce lyric, Where Love Is. Hard not to be charmed.’ Elling along with other artists in the September concert will record an album of the Chamber Music songs with the RTÉ CO while in Dublin.

Navan-born Byrne, based in Los Angeles since 2003, is one of Ireland’s most successful musical ambassadors, as a composer, conductor, songwriter, arranger and pianist. His currency in Hollywood can be gauged by the fact that he is fresh from working on the Dustin Hoffman movie Boychoir, where he wrote and produced a song for Josh Groban and wrote the score, and Katherine Heigl’s new lesbian romcom Jenny’s Wedding, for which he wrote a soundtrack full of new songs for Kristina Train. He has also just scored an HBO movie for Ben Affleck and Matt Damon’s Greenlight project and is about to score Jim Sheridan’s The Secret Scripture.

Recognition includes a Golden Globe nomination and two World Soundtrack Awards for Albert Nobbs, recorded by the RTÉ CO, and IFTAs for Zonad and Albert Nobbs. His score to The Good Doctor with Orlando Bloom was praised by The Hollywood Reporter and Variety for its subtlety and romanticism. Byrne conducted Barbra Streisand when she recorded If It’s Meant to Be, a song he co-wrote with songwriting legends Alan and Marilyn Bergman. In another significant breakthrough, Byrne’s first classical album Tales from the Walled City, recorded with the RTÉ CO and guests including soprano Danielle de Niese and violinist Nicola Benedetti, was released on Decca, the world’s most prestigious classical label.

Byrne has also collaborated with Bono, Katy Perry, Lisa Stansfield, Van Morrison, The Corrs, Vince Gill and Gladys Knight, to name a few. He has toured with Diane Warren, produced and arranged strings for Pink in The X Factor, arranged a song for Sex and the City 2 and played piano on Liza Minnelli’s cover of Beyoncé’s Single Ladies (Put a Ring on It). Byrne composed the music to Heartbeat of Home, the new show by the producers of Riverdance, which like Riverdance was recorded by the RTÉ CO.