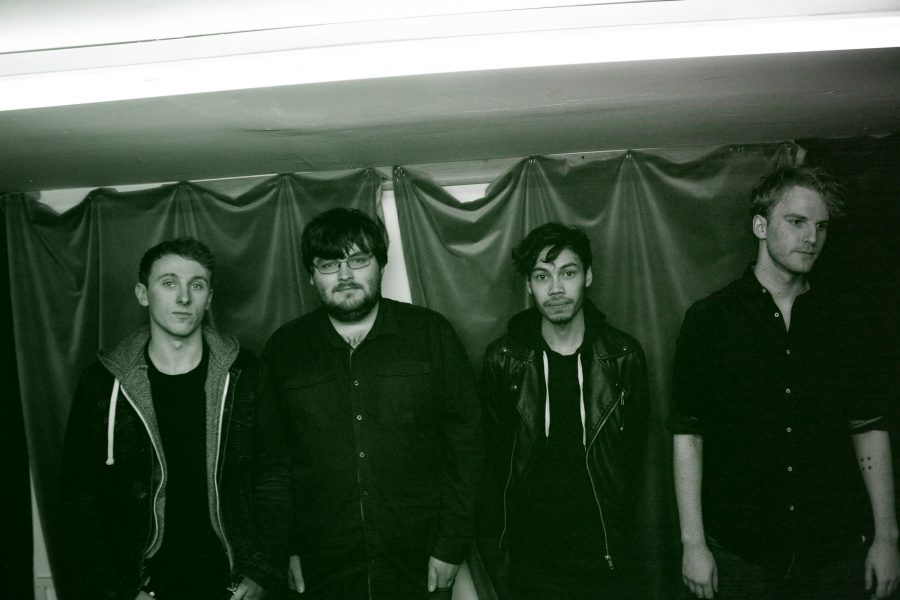 ‘Accidents & Emergencies’ is the new single from Dublin quartet The New 52.  Written by frontman Darragh Cullen following an anxiety related seizure which landed him in hospital, the song features on the new EP ‘Green’ on release March 30th.  The band play Dublin’s Workman’s Club on April 8th and Galway’s Roisin Dubh on April 13th.  The EP will be available for €4.99 from iTunes & all streaming sites.

Singer Darragh Cullen explains “I wrote the song following a seizure I suffered in 2016, a particularly harrowing anxiety incident which landed me in hospital for a night. I wanted the music (and lyrics video) to reflect the manic, overactive, and loud thoughts that anxiety produces. Plus, I wanted the song to really rock, because the band are so good at turning it up a notch – or three!”

The ‘Green’ EP is their first new collection of songs released since the 2016 debut album ‘Let me sleep’.  Since then, The New 52 supported Blue Rose Code on a successful Irish tour, and released 2 singles ‘Good Intentions’ and ‘I Am’ which reached Number 1 in the iTunes Rock Charts.

The 5 original tracks on the new EP were recorded in guitarist Conor’s home studio, Studio 57, and produced by Conor & Darragh Cullen.  The new EP is a departure for Cullen, who after recording all the instruments solo on the debut album when he was just 15, has now joined in a collective effort with the other members of The New 52 for the first time on these recordings – with Darragh on guitar/vocals, Conor McLoughlin on guitar, Mikey Deasy on bass/vocals, Sean O’Connor on drums.  Rebecca Geary (Sub Motion singer) guests on backing vocals, on the songs ‘We’ll Always Have Paris’ & ‘Is There Revolution?’.

The five original songs on ‘Green’ tackle diverse topics ranging from highly personal narratives to international affairs – ‘Accidents & Emergencies’ is an intensely personal chronicle of Darragh’s anxiety related seizure and hospital stay.  ‘Is There Revolution?’ is politically charged, about living in the Trump era.  ‘Love’ was inspired by the Netflix show of the same name, written directly after Darragh finished binge watching the first season.  ‘Controlling The Night’ is a fine illustration of how the collaborative energies of the band can change the dynamic of the song.  It was arranged based on the influences of all 4 members, including Mikey’s love of funk resulting in a slap bass solo and the band’s mutual love of Prince which influenced the guitar tones used on the recording.