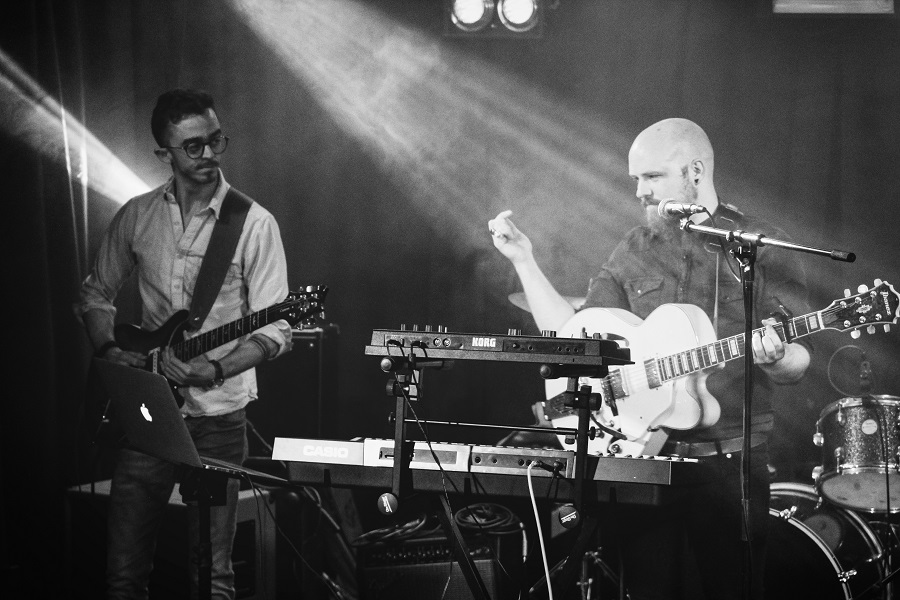 ‘Baby That’s On You’ is the 3rd single released by The New Ravis since their inception and marks a proud milestone for the band. The song is in response to the mental health issues that plague modern Ireland. Mental health is an ongoing theme in The New Ravis music, springing from the bands’ personal experiences with depression.

The song aims to paint an image of a young person suffering from a depressive episode after a night of heavy drinking, and incorporates themes of overindulgence and self-isolation. It is a scene familiar to many in Ireland, regardless of background.

The video of the song aims to juxtapose these sombre themes with colourful and playful imagery and was shot and directed by Crude Media.

The band are new to the music scene, but not new to music. Eoghan and Diarmuid met in college while studying software development. It was here that they bonded over a shared love of music and not studying. Regular jamming sessions throughout college eventually gave rise to ‘The New Ravis’, starting with a firm root in blues, but evolving into a rich, bombastic synth-pop sound.

When the band first met Eoghan had been playing in an electronic duo. However, Eoghan felt he missed the raw sound of the guitar when playing live. Inspired by bands like the Killers and Arcade Fire the two merged their skills with synths and guitars to forge the bands unique sound.

Eoghan is the lead vocalist of the group. He is a Galway native, having grown up in Ardmore in Connemara. Eoghan played in a number of bands throughout his life, with genres ranging from indie rock to live looped techno.

Diarmuid is the lead guitarist of the group. Born and bred in Ballyhaunis, Mayo, Diarmuid moved to Galway to study in GMIT where he met Eoghan. Diarmuid brings the rock and blues elements that make the bands distinct. Multi-instrumentalist at heart, Diarmuid is always looking to add new instruments and styles to the bands sound.