The O’Malleys Release ‘Can You Hear Me’ 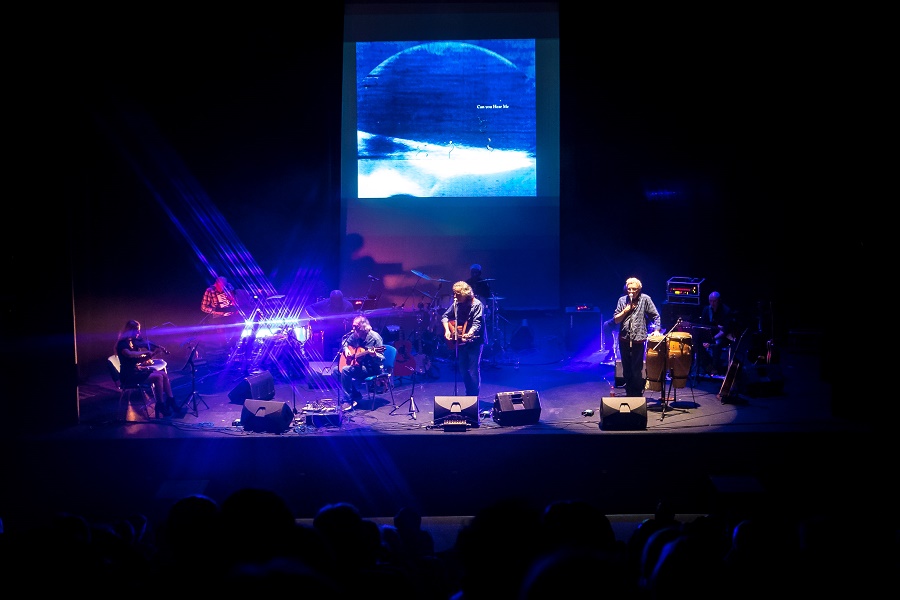 The O’Malleys have just released their long awaited debut album, ‘Can You Hear Me’ .

The O’Malleys started out as a three piece band playing a mix of country, blues and folk. They recorded an EP in Germany and were a main feature in the large folk scene across Europe. They returned to Limerick and like Dylan went electric. The full band really gelled together with the legendary gigs in the Savoy.

Under the stewardship of Brendan Murray they began a comprehensive touring schedule of Ireland, playing all the main venues (Midnight at the Olympia, Whelan’s, Dolan’s, Lobby, Cork City Hall, The Waterfront). They released ‘The O’Malleys, The Record’.

As the band got bigger, so did the tours, Europe (in a red V.W. Van, God Bless it), the States, England and Russia. The current line-up has been together for about thirty years, with other people coming in when certain members were unavailable. The members are, Peter Donnelly, AKA Peter O’Malley, Ger Costelloe, Dave Keary, James Hanley, Ralf Lindheim and Brian Mulcahy. Their big exposure was them featuring in the massively popular Father Ted series as the backing band for Ted and Dougal’s arch rival Dick Byrne in the famous Eurosong episode!

The band has always been open to all types of music and this is reflected throughout this album, through the nine originals and the four specially chosen songs by different artists. The originals reflect these influences brilliantly, from the soulful Irishness of ‘Can You Hear Me’ to the Louisiana swing of ‘One Things For Certain’.  The eclectic range of songs continues from the cinematic ‘Man On Wire’, the mesmerising instrumental ‘The Resilient Sun’ to the anger of ‘Denmark Street’.

This  unique album by long travelled song writers and seasoned musicians, is beautifully captured  and produced by Dave Keary and James Hanley in ‘The Red Door Studios’

‘Can You Hear Me’ was released on 6th June at the sold out concert at The Lime Tree Theatre, Limerick, Ireland.