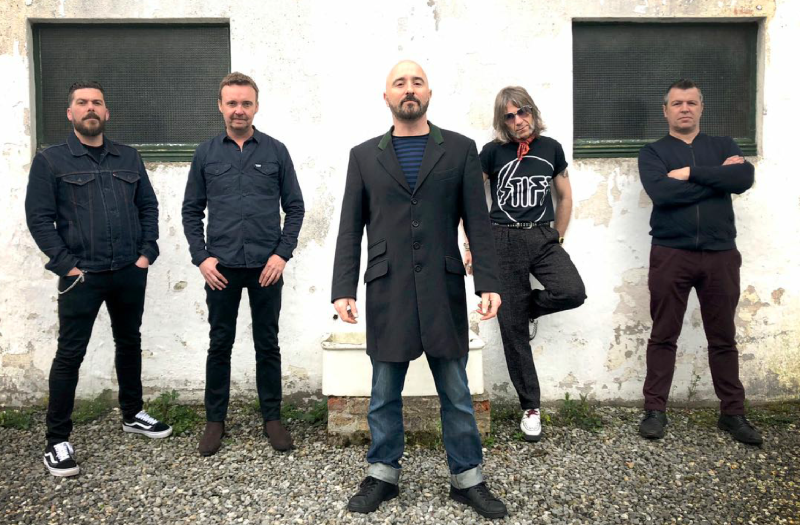 Irish music Luminaries, The Pale release their new EP ‘Young Caesar’ on November 22nd. The title track is the lead track from the EP which is taken from their critically acclaimed album ‘Merciful Hour’, along with the previously released singles, ‘Loser Friends’, ‘Ursa Major’ and ‘Such Dumb Luck’.

Their 1992 UK and Ireland hit single ‘Dogs With No Tails’ is included in the new season of BBC/RTE’s hit TV show ‘The Young Offenders’, which will feature the song in Season 2, Episode 3 of the popular show, not once, but twice during the episode.

Next year will see The Pale celebrate their 30 year anniversary in the music industry, releasing 13 albums and numerous tours across the world in that time. Expect some very exciting announcements regarding the celebrations to follow in the new year.

“Young Caesar’ is a song about trying to make sense of a society that has become over saturated with media, commentary and opinion. To feel like a minnow in an ‘Ocean of information. The song was influenced by the 1970’s movie ‘Network’, George Orwell’s novel ‘1984’, Aldous Huxley’s novel ‘Brave New World’ and a classic Bill Hick’s stand-up routine” – Matthew Devereux

The Pale started life in Dublin’s Northside in the early 90’s but drew their influences from far beyond. the band cut their teeth busking on Dublin’s Grafton street, along side fellow Irish musicians like Kila, Paddy Casey, Mic Christopher and Glen Hansard. For some they are best remembered for their hits ‘Butterfly’ and ‘Dogs With No Tails’. That is only the tip of the iceberg for a band that has steered clear of the beaten track, releasing a string of albums the effortlessly skip between style and genres, all the while retaining a strong lyrical focus. Flirtations with chart success, forays into alternative circuses, tours way off the beaten path in Russia, Japan, Eastern Europe and beyond are all par for the course for a band that have refused to trade off past glories. 2019 has seen them release their 13th studio album to date ‘Merciful Hour’, followed by shows across Ireland, as well as Electric Picnic and closing the Friday night of Feile 19 in Tipperary.

“Never ones to truly stick to a genre, Dublin band The Pale are back with a hodgepodge of musical influences on their 13th studio album, and – true to form – they continue on in the same vein that they always have in that you never know what tricks they have up their sleeves.” Louise Bruton – Irish Times ****

“The great thing about The Pale is that just when you think you have them pegged down and labelled, another track sends you off course yet again. Irish music fans should treasure them”. Rob McNamara – Golden Plec ****

“It has been said that you don’t release 13 albums without displaying a chameleon-like ability for change, and it is true of this release – from song to song, you never know which course it’s headed. This tactic of misdirection has served them well in the past and does so again”. Colin Sheriden – Hot Press ****