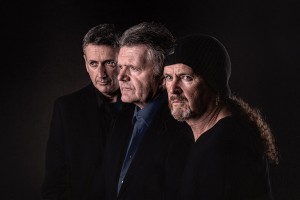 The Ride or Die Gang have released ‘Integral’, the first single from their forthcoming album. Produced by the band, the song is a vibrant guitar fest examining the discontent we all experience having to slog on the treadmill of modern life.

“We all need to feel we belong, and play an important role in the world around us” says frontman Rory O’Connor. “But the reality is, most of us are told what to and where to be.” The song expresses the human need to believe there’s more to life than just existing.  “It’s a terrible burden having to focus so much energy on keeping a job and keeping your home” he adds. “The working man is the real hero.”

Delivered in ‘tongue-in-cheek’ fashion and with heaps of attitude, ‘Integral’ is a rock anthem for the disenfranchised to shout back at the drudgery that robs their lives of meaning. Or if you prefer,  it’s just a terrific rock song that sounds great at the top of your voice in the shower.