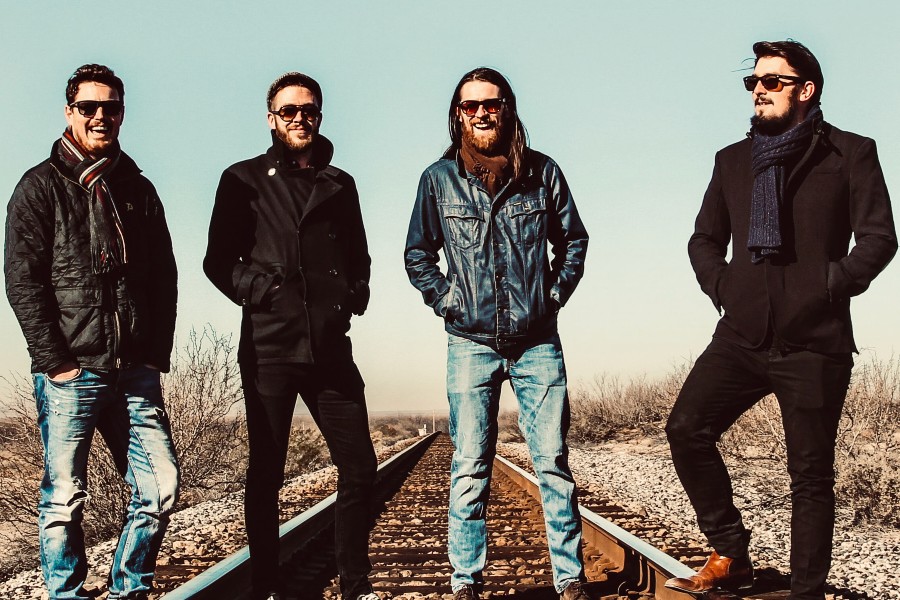 The Riptide Movement have just dropped the brand new video for their latest single ‘Fall A Little More In Love’, out now.

This new video for ‘Fall A Little More In Love’ is beautifully captured and makes for an intriguing watch, it’s romantic, it’s edgy, it’s endearing and it really brings the song’s lyrical narrative and infectious, feel good vibes to life. Made by the band’s multi-talented songwriter and frontman Malachy Tuohy, who has directed and edited the band’s recent content, including the brilliant  ‘All I Ever Wanted’ and ‘Something Special’ videos.

Dublin four-piece The Riptide Movement are back with their eagerly anticipated new single “Fall A Little More In Love”. Co-produced in Attica Studios with Tommy McLoughlin (Villagers, SOAK), their new track is an indie pop anthem with great lyrics, that conjure up some wonderfully evocative images of Ford Fiestas, kitchen parties and flats above Turkish barbers, the song is a memorial to enduring love, it’s infectious, it’s upbeat and a real feel good jam.

The Riptide Movement’s music has taken them all over the world from Main Stage at Electric Picnic to Glastonbury and Benicàssim. Their extensive recent ‘Something Special’ tour included a blistering headline performance at Dublin’s Olympia Theatre. From busking on their native Grafton street to playing with the BBC Orchestra, Neil Young and The Rolling Stones, music has taken the band from Lucan to India, America, Russia, Australia and everywhere in between.

With six critically-acclaimed studio records to their name – most notably The RTÉ Choice Music Prize nominated, Gold selling, Number 1 Album ‘Getting Through’ – The Riptide Movement are renowned for their energetic, memorable live shows and soaring, guitar driven anthems, like ‘All Works Out’, ‘You & I’, ‘Elephant In The Room’, ‘Changeling’ and ‘Something Special’. They also released an environmentally conscious web series called “Plastic Oceans” in 2018.

‘Fall A Little More In Love’ the brand new single from The Riptide Movement, is available on all streaming platforms and digital formats now.