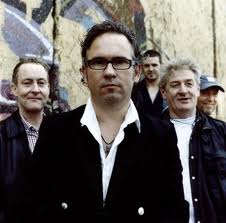 “I Hope You Meet Again” is the new single from The Saw Doctors released today. The release comes in the same week the band’s 22-year-old hit, “I Useta Lover”, was voted Ireland’s favourite number one single of all time in a poll by Today FM and The Irish Daily Mail. The Saw Doctors classic from the summer of 1990 received the most votes with Michael Jackson at No. 2, The Pogues and Kirsty Mc Call at 3, Queen at 4, Sinead O’ Connor at 5, and U2 at Number 6.

The Saw Doctors have played to over 100,000 people in Ireland this summer alone with performances at the Galway Volvo Ocean Races, Derry Tall Ships Festival, Westport Street Festival and Waterford Spraoi Festival among others.