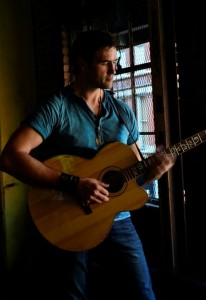 The Stylistics Eban Brown and Irish Singer/Songwriter Pete Kennedy to Record Country Project in Nashville
(NASHVILLE, TN) Ireland’s own Pete Kennedy was honored to take part in a UK tour with Philadelphia soul group, The Stylistics throughout November and December. Kennedy was even more humbled when the lead singer of The Stylistics, Eban Brown, approached him about collaborating on a country project in the near future. The tour mates are now gearing up to record a classic country tune in Nashville during January 2013.
“When I first met Pete, it made me want to revisit my early desire to record country music,” says Eban Brown.  “Born and raised in Newark, NJ, I’ve always been an enormous fan of the genre, so I felt it was the right time to speak with Pete about possibly collaborating with him and it will be a great honor and Pleasure to work with such a consummate performer such as Pete Kennedy.”
This renowned soul vocalist was very impressed with Kennedy’s acoustic performances while he was on tour with Brown.  Kennedy, who has a very different music style than The Stylistics, had the crowd on their feet during his energetic country music opening set.
“Opening for a crowd who was there primarily to hear musical influences of The Stylistics was more than nerve wrecking each night,” said Kennedy. “At every show the crowd was more than welcoming to my music and seemed to have a great time with me. It was a definite turning point in my career.”
Pete Kennedy is the walking, talking, singing embodiment of how the world sees the people of Ireland—repeatedly bouncing back from tragedy and finding inspiration in music. After a lifetime of working solely to support his family, Pete was finally able to pursue his love of music in 2008. Foraging his path by playing local pubs in Germany and the UK, Pete began to make a name for himself in the world of country music. His entrepreneurial style resulted in the formation of his own label, KEMC Records and his first EP. From there, he caught the eye of CMR Nashville’s Lee Williams, who brought Pete to Nashville to play his first show at Cadillac Ranch as a representative of Ireland for the International Artist Showcase prior to the 2011 CMA Awards. He has since released his first album, The Nashville Sessions Volume 1, which has received critical acclaim and was named UK Album of the Year at the 2012 British Country Music Awards.  The music video for his British Country Music Award nominated single, “I Am The One,” can be viewed here.
To stay updated on this talented singer-songwriter, check out www.petekennedy.net.