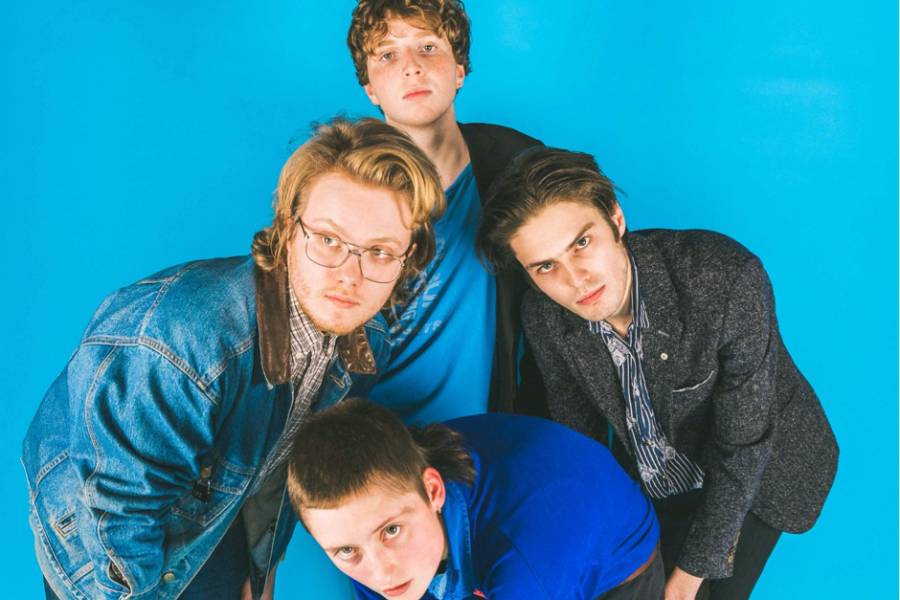 Irish rising indie stars The Wha have returned with stunning new single ‘Blue For You’.

‘Blue For You’ follows the acclaimed singles ’40 Odd Years’ and ‘Innocents’, two tracks which established the Kilkenny quartet’s confessional take on alternative foundations and drew support from the likes of BBC 6 Music, Radio X, DIY Magazine, Dork and more, placing them as one of indie’s brightest 2020 prospects.

‘Blue For You’ takes their distinctive sound into exciting new territories, once again contrasting gorgeously jangling, meandering guitars against darker, emotive lyrics and vocals, whilst production from Stephen Street gives the track an instantly classic quality. The accompanying video directed by Cameron West draws inspiration from The Beatles’ Yellow Submarine and depicts the band in their hometown of Kilkenny.

Speaking about ‘Blue For You’, vocalist Finn Cusack said: “I suppose ‘Blue For You’ is a bit of a shameless pop song. It has a feel good jingle-jangle vibe to it. Lyrically, it’s just a confused reflection.

We really enjoyed making the video with Cameron West. We were inspired by The Beatles ‘Yellow Submarine’ but wanted to put our own twist on it. Initially it started off as just a lyric video and then we got a bit carried away and then we ended up as cartoons. Abe from the band is a great illustrator and some of his sketches of the band made it into the video amongst locations from our hometown of Kilkenny. Recording the track in London with Stephen Street was a boyhood dream come true. We’re big fans of his so it was a pleasure to work with him. We learnt a lot in a few days. We also enjoyed running around London like lost dogs for a week.”

All aged just between 19-20 years old, The Wha are dual vocalists and guitarists Finn Cusack and Sam Cullen, joined by Marek Lech (bass) and Abe G. Harris (drums). Childhood friends Finn and Sam met in primary school, eventually forging a songwriting partnership aged just 15 years-old that would go on to form the nucleus of The Wha.

‘Blue For You’ is out now on Chess Club Records.