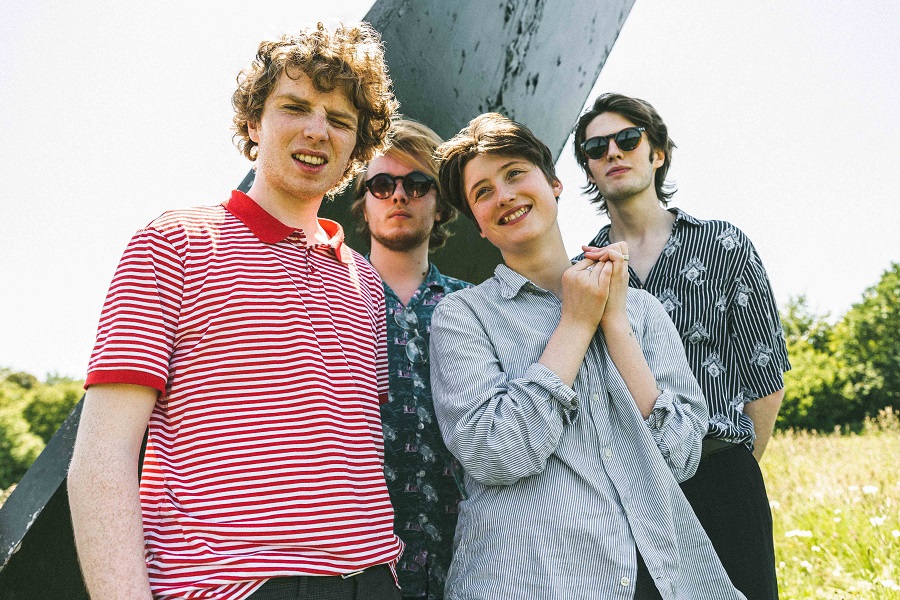 Fast-rising new Kilkenny band The Wha have today shared their second ever track ‘40 Odd Years’ on Chess Club. Prior to the release of ‘40 Odd Years’ the band had gathered increasing momentum off the back of their debut single ‘Innocents’ in August – a track which won the affection of BBC 6 Music’s legendary Steve Lamacq amongst others. The Wha have also confirmed their first ever London date – on 28 November at The Sebright Arms for Good Karma Club and a headline show in their native Ireland at Whelan’s Upstairs on 13 December. The band will head out on a string of dates with Two Door Cinema Club next week with shows in Dublin and Belfast.

The first fruits of their songwriting labours was August’s ‘Innocents’: a paean to growing up, the Catholic Church’s well-documented scandals and addiction. ‘40 Odd Years’ takes their songwriting into a different lane. Still energetic, raw and playfully chaotic, they now flirt with a darker lyrical tone – “it’s about a grandmother turning lesbian and her lover subsequently murdering her husband…” – which remains offset by signature jangling guitars and bluesy gut-punch delivery from Cullen (who takes up vocal duties on this one).

Having left school as soon as possible to focus on music full time, The Wha’s attachment to their hometown endures – filming the accompanying video for ‘Innocents’ there. “Growing up in Kilkenny has its ups and downs,” the band begin, “It’s a small city, you can’t really run away from anything. I think lots of young people here get to the point where they want to leave, whether it’s for two years or forever. It is a fun town to grow up in. Some nice spots, some nice pubs. It’s easy to waste time here.”

As well as Steve Lamacq, Radio X’s Gordon Smart and Felix White and a host of press tastemakers including Dork Magazine and DIY Magazine – who recently made The Wha a ‘Get To Know’ artist HERE – have already thrown their weight behind the teenage outfit, who originally caught the eye of Chess Club with an early demo of ‘Innocents’. Currently home to the likes of Alfie Templeman, Bloxx and Phoebe Green, with previous discoveries including Wolf Alice, Jungle, Billie Marten and Sundara Karma, Chess Club has proven a fertile breeding ground for exciting new emerging talent – and The Wha are no exception.