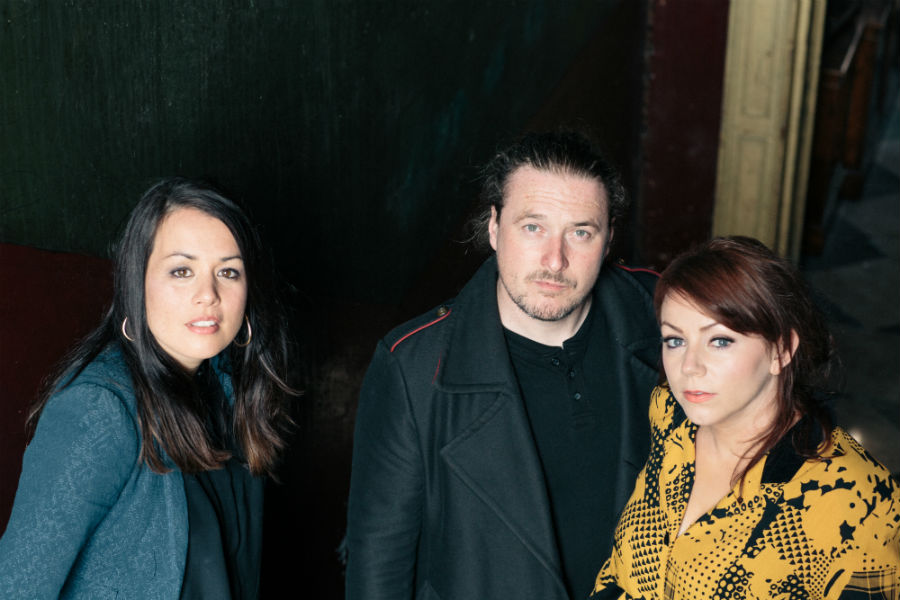 The Whileaways evoke the magic of a Christmas spent in Galway with their new single ‘All The Lights On (It Must Be Christmas), released on 23 November.  A moving ballad with The Whileaways’ signature closely-harmonised vocals, it references the big wheel in Eyre Square, buskers singing on Christmas eve, pints in Neachtains – all staples of the festive season in their native Galway. The idea of being parted from someone special, and from this place is at the heart of this poignant song.

The Whileaways are Noelie McDonnell, Noriana Kennedy and Nicola Joyce, three accomplished singers who came to know each other while on the session circuit in Galway in 2012. Since then they have released three critically acclaimed albums, toured all over the world, and been nominated for Best Group and Best Album in the RTÉ Folk Awards. Praise from international press has been heaped upon the band with The Irish Echo calling their sound, “perfected simplicity“, and HotPress saying that the trio, “stake their claim to being among the finest singers in the country.“

2019 saw the band broaden their repertoire with ‘Bird On The Wire’, a collaboration between The Whileaways and Pauline Scanlon. Featuring a ten-piece band including strings, the show is a unique combination of outstanding singers exploring their own interpretations of the wonderfully rich music and words of the icon that is Leonard Cohen. The show has been performed to sold-out audiences at Dingle Folk Festival, Campbell’s in Galway, The Pepper Canister Church in Dublin and Belfast’s Empire Music Hall, amongst others. In the coming months, Bird On The Wire will be performed at Clonmel, INEC Killarney, Bantry, and Castlebar, culminating in a night at the Olympia Theatre on May 31st 2020.

The Whileaways will be playing at Dublin’s Lost Lane on Tuesday 10th December, their only show in the capital before Christmas. The band return to their hometown to celebrate Christmas with a show in The Black Box on Friday 20th December. Tickets are on sale now, and last year they sold out fast, so fans of the band are recommended to secure their tickets soon!