The Whileaways Release Double A Side 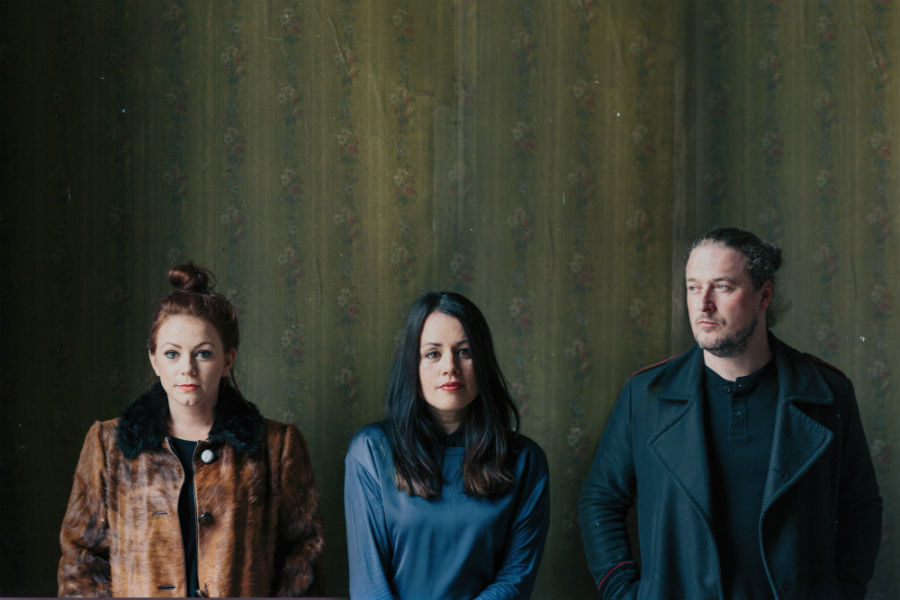 The Whileaways release the first single from their upcoming third album ‘From What We’re Made’ on 11th June with the album to follow on 20th July. The single is two sided: the A side is ‘Roll Down Your Window’, a jaunty summer single featuring the band’s trademark interwoven harmonies; and the B side is the more laid-back ‘Spare Me From The Heartache’.

The Whileaways are Noelie McDonnell (vocals, guitar), Noriana Kennedy (vocals, banjo) and Nicola Joyce (vocals, baritone ukulele). The three are accomplished folk musicians in their own right with more than a dozen recordings to their collective credit. They came to know each other’s singing at music sessions in the folk melting pot of Galway city. The trio first got together in 2012 with a tour and the success of that led to releasing their eponymous debut album in 2013.

Their second album ‘Saltwater Kisses’ was released in 2016 and critically lauded, both at home and internationally. It was chosen as album of the week by RTÉ Radio 1 and received four-star reviews from The Irish Times and The Irish Echo in America who described their sound as ‘perfected simplicity’.

Indeed, The Whileaways’ three distinct voices combine to weave a tight tapestry of captivating harmonies. They prefer minimal instrumentation on their recordings, allowing their distinctive vocals to be the focus of their music. The trio balance folk songs from both sides of the Atlantic with beautifully crafted original songs, in a way that is inventive and undeniably engaging.

Over the last couple of years, The Whileaways’ have been involved in some interesting collaborations, including working with orchestras and a brass and string ensemble. When writing the songs on ‘From What We’re Made’, the band were influenced by that experience and wanted to include this influence whilst still retaining the unique vocal sound that they are best known for.

Their third album represents a maturation of the band and their creative aesthetic, and they’re looking forward to giving audiences a taste of this at gigs later this year.