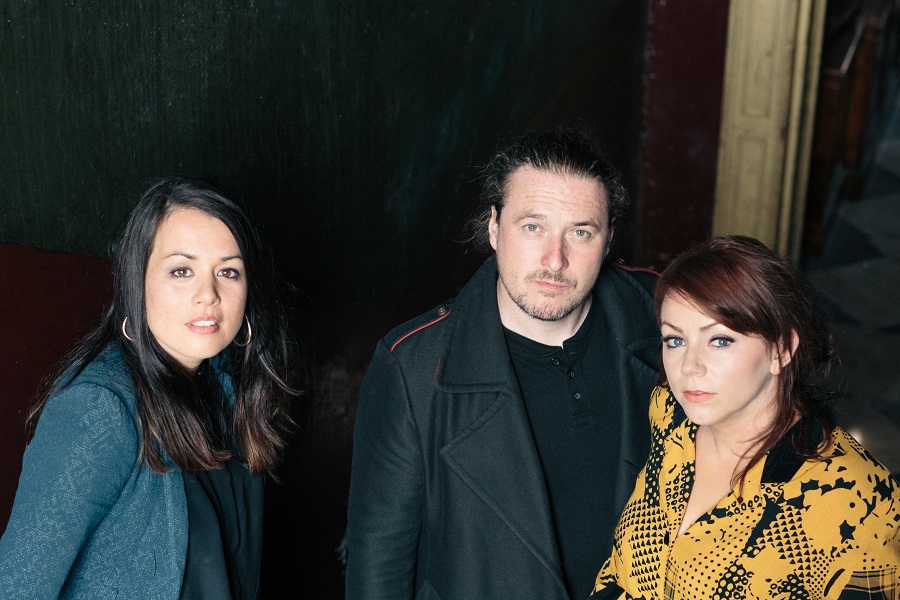 ‘It’ll Come Around’ is the new single from The Whileaways. It is taken from their most recent, critically acclaimed album ‘From What We’re Made’, which resulted in a sell-out Irish tour on its release and a nomination for Best Group and Best Album in the RTE Folk Awards.

Their sound has been described by US press as ‘perfected simplicity’(Irish Echo) and their latest offering confirms this once more. Uncomplicated in its message and delivery, Noelie McDonnell’s straightforward songwriting tells us that everything will be alright again, no matter what’s going on. The song has become a firm favourite at The Whileaways’ captivating live shows.

Their latest album has been widely acclaimed, both at home and abroad and was described by Hot Press Magazine as being laden with absolutely stunning melodies and harmonies’. They went on to say that Noriana Kennedy, Nicola Joyce and Noelie McDonnell ‘stake their claim to being among the finest singers in the country’.

Irish Music Magazine in its review of the album described the songwriting as ‘simple, yet profound and insightful. The work is tightly woven, experimental, fresh and energetic. A listening delight’.

While in the US the Irish Echo said that this most recent collection of songs ‘proves The Whileaways masters of arrangement and songwriting’.

This trio of songwriters has built a steady and loyal following in Ireland since their formation in 2012, and fans continue to fall for their unique songs and tightly woven harmonies.

After selling out Galway’s largest venue, The Black Box at the end of last year, the band spent the spring writing new material and will play shows all around Ireland again this summer, with some brand new unreleased material in the mix.

Recent collaboration with fellow songstress Pauline Scanlon has resulted in a new and exciting side project for The Whileaways. Having been privately commissioned to arrange and perform the songs of Leonard Cohen earlier this year, Bird on the Wire was born. A ten-piece collective of musicians featuring The Whileaways and Pauline Scanlon and including brass and strings, Bird on the Wire has sold out all shows to date in record time. The most recent show at Féile na Bealtaine in Dingle was hailed as the highlight of the festival.

Dublin, Cork, Belfast, Killarney INEC, and Sligo Live will all host Bird on the Wire later this year and The Whileaways will continue to take their own music further afield to USA, UK and Denmark.