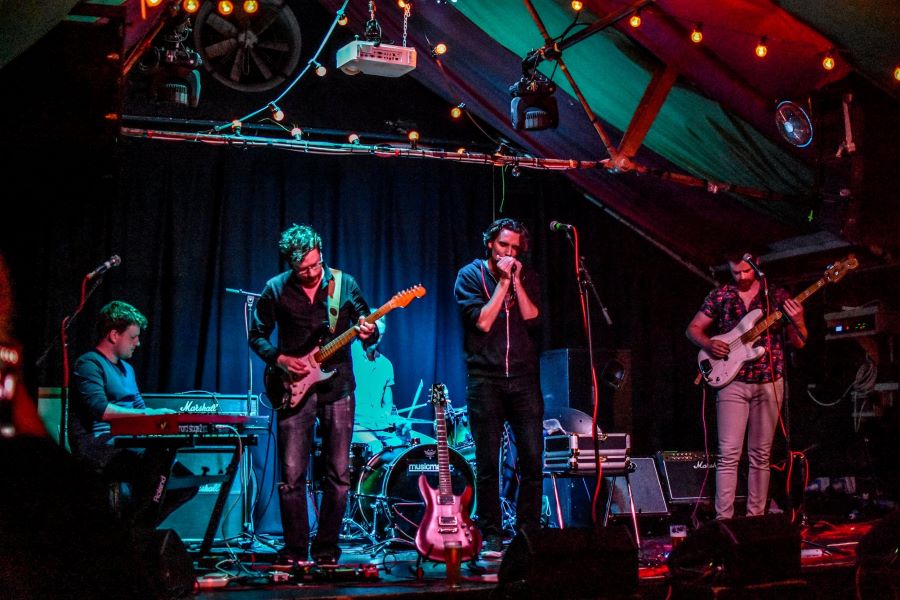 Barefoot Magicians formed in early 2017 after a recording session in Dublin’s prestigious Windmill Lane Studios. The band dedicates itself to writing and performing original material based around a blues groove, or as producer Alwyn Walker, formerly of Westland Studios called it; “A Post Blues Groove.” Barefoot Magicians have also been described as, “Completely Consuming,” by IndieBuddie.com in August 2018. The band recorded ‘The Awakening’ EP, composing of 3 tracks, ‘The Awakening’, ‘Cruel Mistres’s and ‘Rider’ in early 2018 and recorded an additional 2 songs with producer Kieran Lane at Hellfire Studios in Dublin which were released in early 2019. ‘Hangin’ On’, the latest EP from Barefoot Magicians, produced by Kieran Lane is out now.

“Barefoot Magicians pack a lot of power into this well balanced three track EP. This band’s modern blues rock has charm, character and oodles of wonderful melodies and embellishments. They are building their sound superbly bringing what they achieved with their ‘The Awakening’ EP and fleshing it out, carving their own sound and brand meticulously to create something quite invigorating,” said IndieBuddie.com earlier this year. The band is currently working on new material which will be available in October 2020.