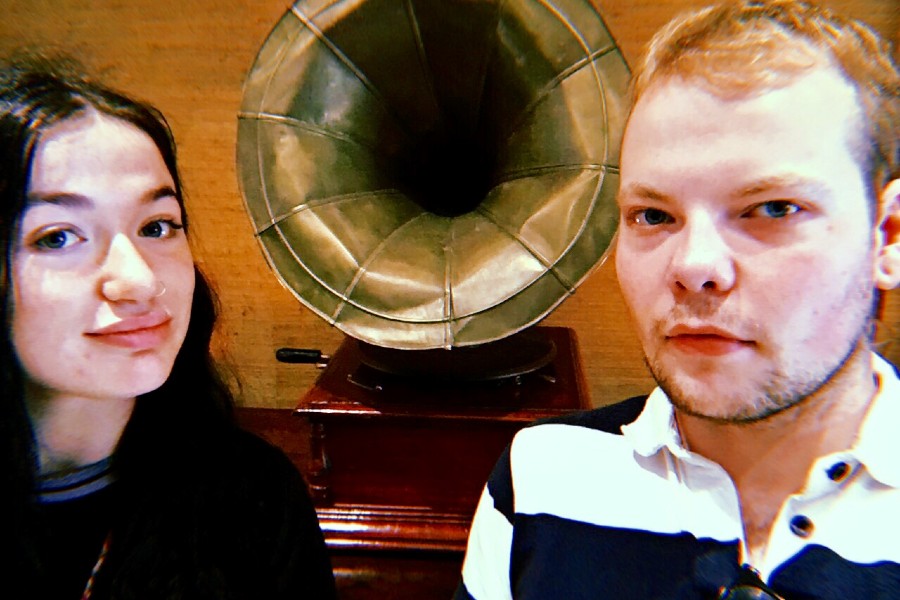 Dublin band THEE U.F.O. return with a new album ‘Light Boat Drones’ which is due for official release on October 31st on Limited Edition coloured cassette, available in both black and white editions. Each cassette will be individually numbered, and will be released on the band’s own record label Gelatinous Records. The album will also be available to download, and is available from gelatinousrecords.bandcamp.com.

‘Floating Eye’ will also be the lead single taken from the album, and will be available exclusively at gelatinousrecords.bandcamp.com until the album’s full release.

Recorded at Hansard’s home studio in Dublin on a recently purchased Tascam tape machine, after his dislike for the initial attempts at recording the songs digitally were abandoned. Hansard played all the instruments on the album, and was accompanied by his partner Beth Doyle on vocals.

“This was my third attempt at recording the album, I had tried it on Software and didn’t like it, Tried it on a digital Hardware recorder and didn’t like it. Finally I recorded it on a Tascam 424 I picked up for €250. Even though this was the third time recording the album, only two of the songs made it the whole way, Not ‘cause they’re better or anything, some songs didn’t fit the overall sound of the album (I was bored of some too). I really like simple childish songs, Like a lot of Syd Barrett’s solo stuff and Tyrannosaurus Rex stuff. That’s the mindset that the tunes come from, and most of our songs really” – Darragh Hansard.

THEE U.F.O are a Psychedelic Garage band, formed in Dublin and fronted by songwriter Darragh Hansard. Inspired by the music of bands like the Oh Sees, King Gizzard, The Doors and The West Coast Pop Art Experimental Band and Setting up a small studio at home, Hansard began recording his own songs while playing all the instruments himself during the recording process.

Releasing the results in the form of numerous EP’S and singles, while eventually adding new musicians to the line-up to play these
songs live. Which, in 2018 saw them evolve into a noise mongering live act who’s shows consist of long jams and “catchy tunes” reminiscent of a classic 60s sound. Playing shows in popular venues across Dublin city like The Sound House, Thomas House, ANSEO, Whelan’s and many more throughout 2018 and 2019. The band released their debut album in May of 2020, ‘The Singles Collection – Vol 1’ which consisted of all their singles up to that point.